SEOUL, Feb. 18 (Yonhap) -- North Korea is expected to hold its signature mass gymnastic shows to celebrate the country's major holidays in August and October this year, according to a Beijing-based tour agency.

Koryo Tours said on its website that North Korea recently informed the company of its plans to hold the gymnastic propaganda show in time for the 75th anniversary of the Liberation Day from Japan's colonial rule on Aug. 15 and the 75th founding anniversary of the ruling Workers' Party on Oct. 15.

"The performance would be similar to the mass games of 2019 'People's Country,' but the title will change and so will sections of the performance to mark in what in terms of the DPRK are two of the most significant public holidays," the agency said.

The tour agency, which arranges trips to the reclusive country for foreigners, did not provide other details, including exact dates for the planned events.

Observers said that it is still unclear whether the North will be able to hold the events as planned given that it is making all-out efforts nationwide to block the outbreak of the new coronavirus on its soil. 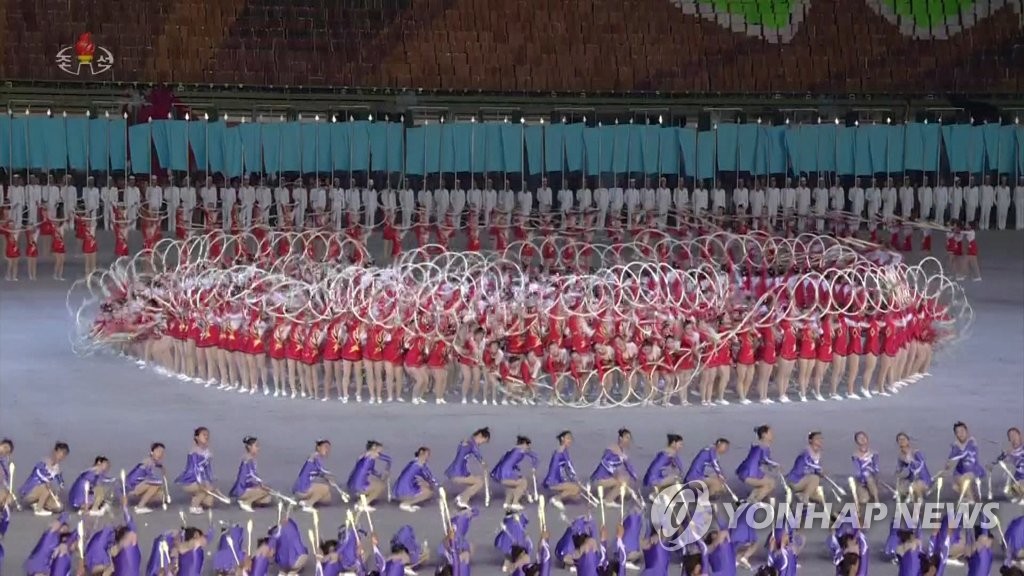