The index opened weak following media reports that the Donald Trump administration may restrict the use of U.S. chipmaking equipment to further pressure China's Huawei Technologies Co., which is already on Washington's blacklist for security concerns. 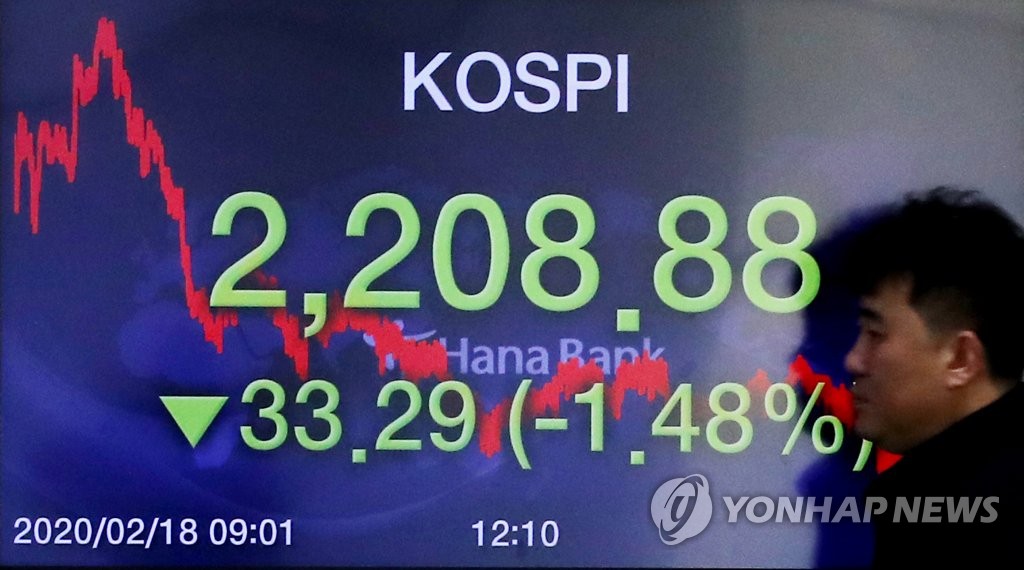 According to reports, U.S. may force global chipmakers using American-made equipment to obtain licenses before supplying their chips to Huawei.

Washington is also considering blocking exports of jet engines made by General Electric Co., which could limit China's efforts to develop its own passenger jets, according to the news.

"This is bad news and should be considered as a risk at a time when the market relies heavily on IT shares," said Ha In-whan, an analyst at Meritz Securities Co. "The U.S.-China trade war was somewhat forgotten following their phase one trade deal, but issues should be always monitored closely."

The local currency closed at 1,189.5 won against the dollar, sharply down 5.6 won from the previous session's close.