SEOUL, Feb. 18 (Yonhap) -- South Korea will continue consultations with China over high-level exchanges under the "shared understanding" that they should proceed as planned despite the new coronavirus outbreaks in China, the foreign ministry said Tuesday.

The ministry made the comments amid speculation that the COVID-19 outbreaks could force Chinese President Xi Jinping to delay his plan to travel to South Korea. Seoul and Beijing have been in talks to arrange Xi's trip here in the first half of this year.

"The ministry will continue to consult with China over key future diplomatic schedules under the shared understanding that the plans between South Korea and China will be pursued without a hitch," the ministry said in a policy briefing to the parliament.

Seoul has been pushing to arrange the trip by the Chinese leader as part of efforts to further strengthen bilateral ties and cooperation in its efforts to denuclearize North Korea and foster a lasting peace on the Korean Peninsula.

But the virus that has claimed 1,868 lives in China alone has raised questions over whether Xi could carry out his overseas diplomatic plans despite Chinese Premier Li Keqiang playing a leading role to oversee Beijing's response to the deadly virus.

After her talks with her Chinese counterpart Wang Yi on the margins of a security forum in Munich, Germany, last week, Foreign Minister Kang Kyung-wha said that Seoul and Beijing have agreed to pursue Xi's visit to Korea in the same way they have so far been coordinating.

At the parliamentary session, Kang also noted a high possibility that for the time being the North would not take any dramatic move toward the resumption of dialogue with the United States given its efforts to ward off the novel coronavirus and the U.S. presidential election campaigns. 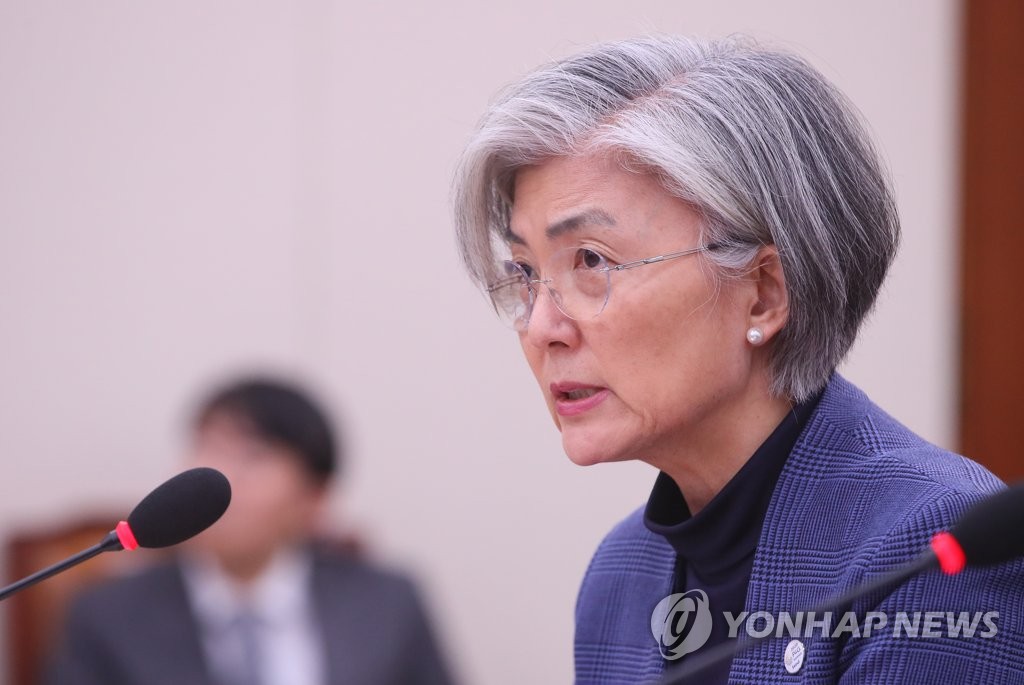