SEOUL, Feb. 18 (Yonhap) -- U.S. Forces Korea Commander Gen. Robert Abrams on Tuesday warned of a potential furlough of its South Korean employees amid a delay in the signing of a defense cost-sharing deal between South Korea and the United States.

Abrams made the warning during a meeting with the head of a union of USFK's Korean employees, Choe Ung-sik, saying the allocated funds for their salaries will run out by the end of next month, the military said.

"Without an agreed upon Special Measures Agreement (SMA), USFK is out of money and must prepare for a potential furlough," he said.

SMA refers to the cost-sharing deal between South Korea and the U.S. over how much Seoul should pay for the upkeep of the 28,500-strong American troops stationed here.

The two countries have held a series of talks over the issue but have yet to reach a deal amid Washington's demand for a sharp increase in Seoul's share.

Maj. Gen. Stephen Williams, USFK chief of staff, said USFK, though not part of the negotiations, is "keenly interested in the outcome and remain hopeful for its swift conclusion."

South Korean employees are "loyal and dedicated employees who are valued and critical to USFK and a potential furlough would be a significant impact for both them and USFK," Williams said.

Last month, USFK began sending a 60-day notice of potential furloughs to its nearly 9,000 South Korean workers, saying that if staff members are furloughed, they will be placed on "temporary nonduty and nonpay status." 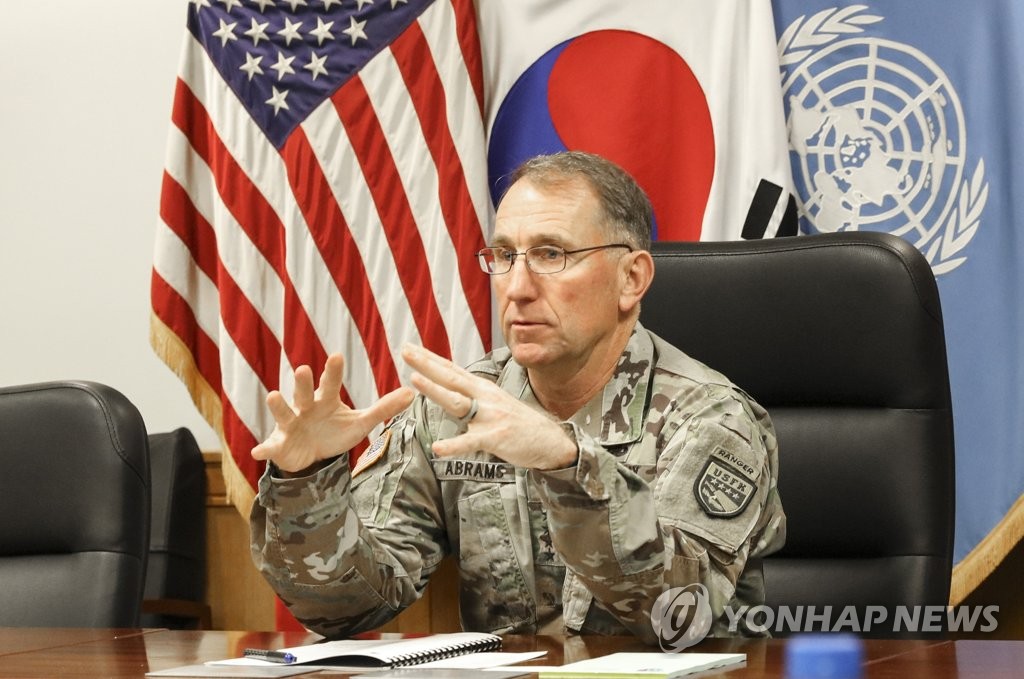