The Ariane-5 rocket carrying the 3.4-ton Chollian-2B that will monitor the movement of fine dust and other air pollutants in the East Asian region lifted off from French Guiana at 07:18 p.m. (local time), according to the Korea Aerospace Research Institute (KARI).

The satellite will reach its orbit some 36,000 kilometers above the Earth's equator and make contact with a ground station.

The Chollian-2B is expected to begin carrying out certain missions in October, with all systems to be fully operational in 2021.

The multipurpose satellite is equipped with the Geostationary Environmental Monitoring Spectrometer (GEMS) that can observe and track fine dust and 20 types of air pollutants, including ozone, sulfur dioxide and formaldehyde, KARI said.

The GEMS is 2-3 years ahead of similar sensors being developed for space use by the United States and Europe, and will be able to cover a region roughly 5,000 kilometers in length and width eight times a day, it said.

The satellite is equipped with the cutting-edge Geostationary Ocean Color Imager-2 (GOCI-2), which can check for algal blooms and other water contaminants. GOCI-2 is able to cover an area around 2,500 kilometers in diameter 10 times a day. The optical resolution used on the Chollian-2B is four times sharper than previous sensors used by South Korea, making it that much easier to detect red and green tides, and improving the possibility of giving advance warnings to regions that may be affected. 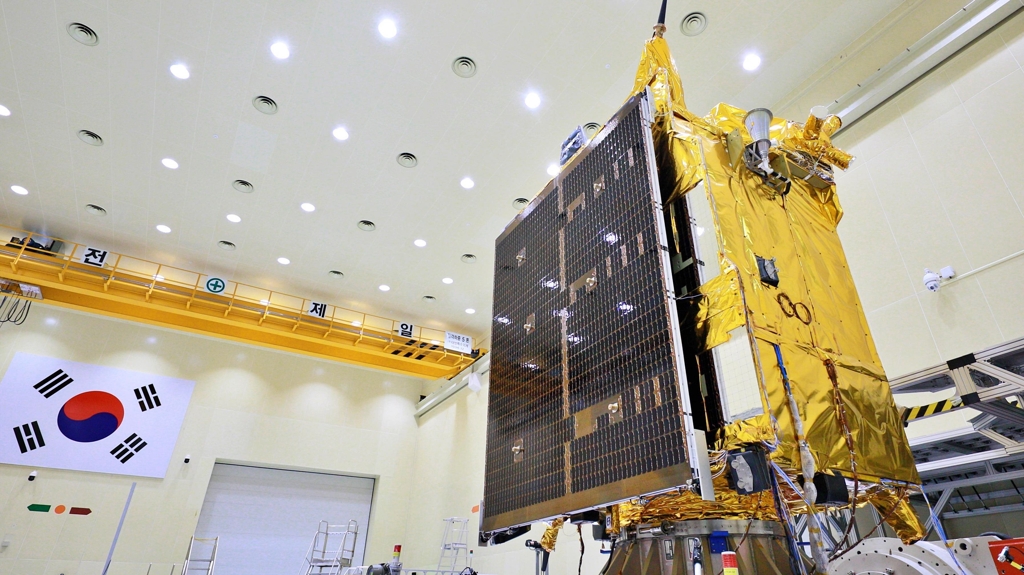