SEOUL, Feb. 18 (Yonhap) -- An environment agency said Tuesday it has found 11 more wild boars infected with the deadly African swine fever (ASF) virus in areas near the inter-Korean border. The discoveries raised the number of wild boar infections in the country to 228.

The 11 carcasses were found in border areas, including in the eastern county of Hwacheon, Gangwon Province, as well as the border city of Paju and Yeoncheon County in Gyeonggi Province, north of Seoul, according to a research institute affiliated with the environment ministry.

Different from other animal diseases, such as foot-and-mouth disease, which is airborne, the African swine fever spreads through direct contact with infected animals or their remains, according to experts. 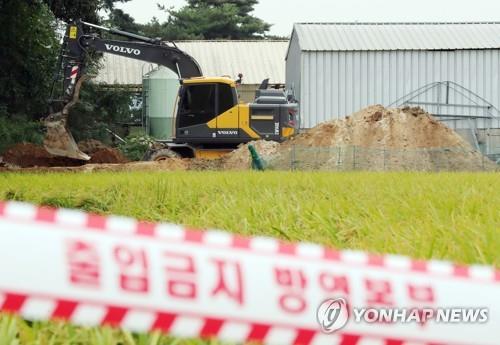