SEOUL, Feb. 19 (Yonhap) -- A South Korean presidential plane with six nationals and a Japanese spouse onboard arrived back from Japan on Wednesday, completing the mission to evacuate them from a coronavirus-hit cruise ship.

The Air Force VCN-235 arrived at Gimpo International Airport in western Seoul at 6:27 a.m. after departing from Tokyo's Haneda Airport at 2:23 a.m.

The evacuees, excluding the Japanese, were among 14 South Koreans who were aboard the Diamond Princess. The ship has been quarantined at the port in Yokohama since an outbreak of the COVID-19 aboard the ship early this month.

No South Koreans on the ship have contracted the disease.

Upon arrival, they are to go through health checks before being placed into isolation for 14 days, the virus' incubation period, at a facility in the quarantine office of Incheon International Airport, west of Seoul. 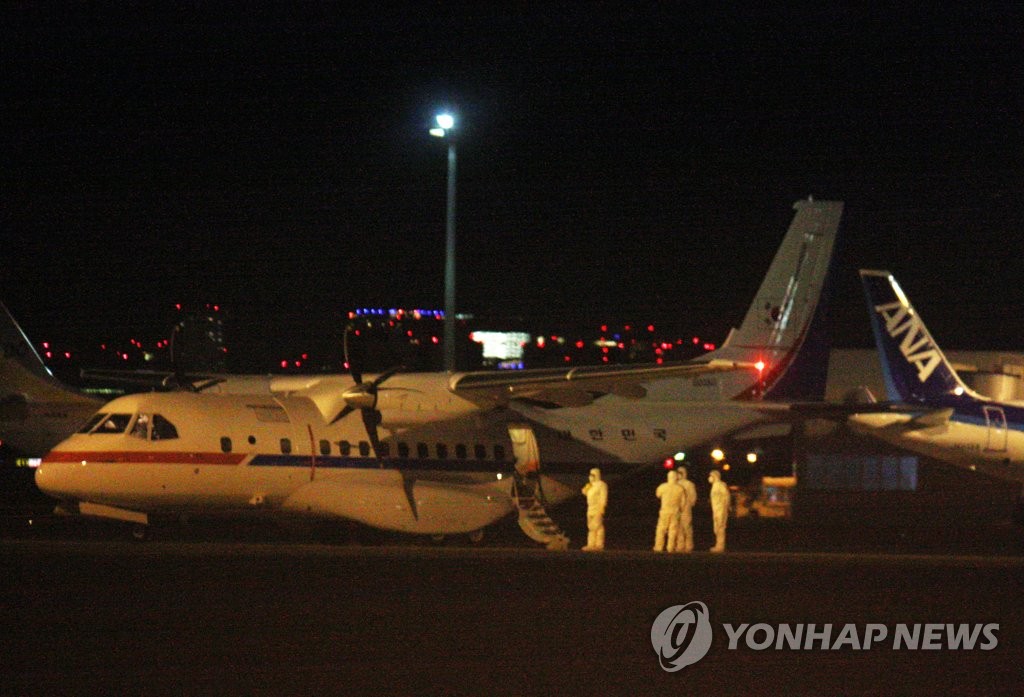 South Korea has reported 31 cases of the coronavirus, with no fatalities.

The latest batch will be sent to a facility run by Incheon International Airport, the main gateway to South Korea.
(END)

(2nd LD) S. Korean presidential plane arrives back from Japan with 7 evacuees aboard

(2nd LD) S. Korean presidential plane arrives back from Japan with 7 evacuees aboard