SEOUL, Feb. 19 (Yonhap) -- A South Korean presidential plane with six nationals and a Japanese spouse onboard arrived back from Japan on Wednesday, completing the mission to evacuate them from a coronavirus-hit cruise ship.

The Air Force VCN-235 arrived at Gimpo International Airport in western Seoul at 6:27 a.m. after departing from Tokyo's Haneda Airport at 2:23 a.m.

The evacuees, excluding the Japanese, were among 14 South Koreans who were aboard the Diamond Princess. The ship has been quarantined at the port in Yokohama since an outbreak of the COVID-19 aboard the ship early this month.

Upon arrival, they went through about an hourlong health check at a business terminal shut off from other general passengers. None of them showed signs of virus symptoms, airport authorities said. 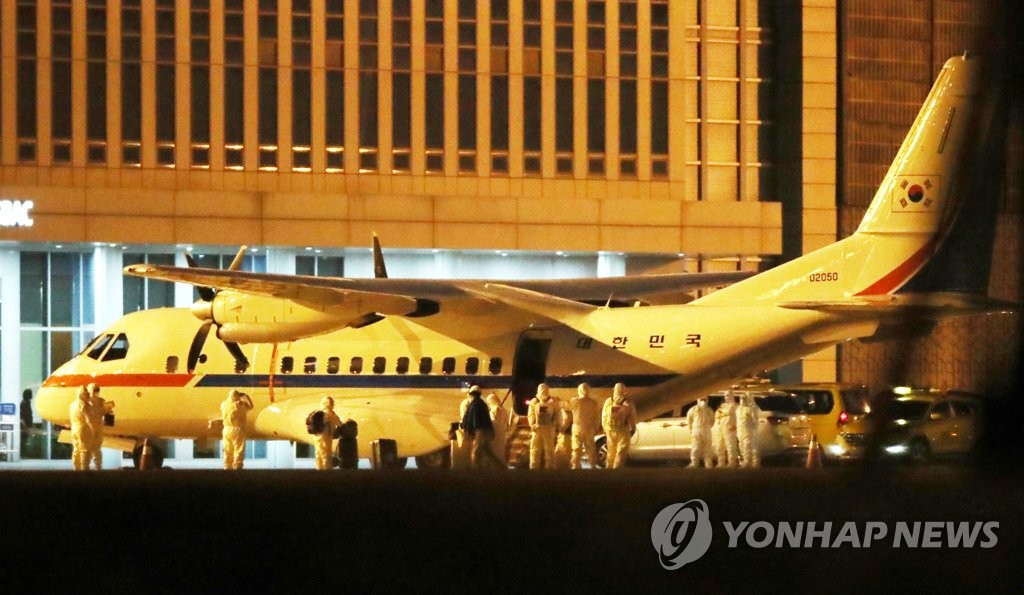 They were transported to a medical facility at the quarantine office of Incheon International Airport, west of Seoul. The facility, located near the first terminal of the main gateway to the country, has some 50 negative pressure isolation chambers to house patients with infectious diseases.

The evacuees from Japan will be placed into isolation for 14 days, the virus' incubation period.

South Korea has reported 31 cases of the coronavirus, with no fatalities. 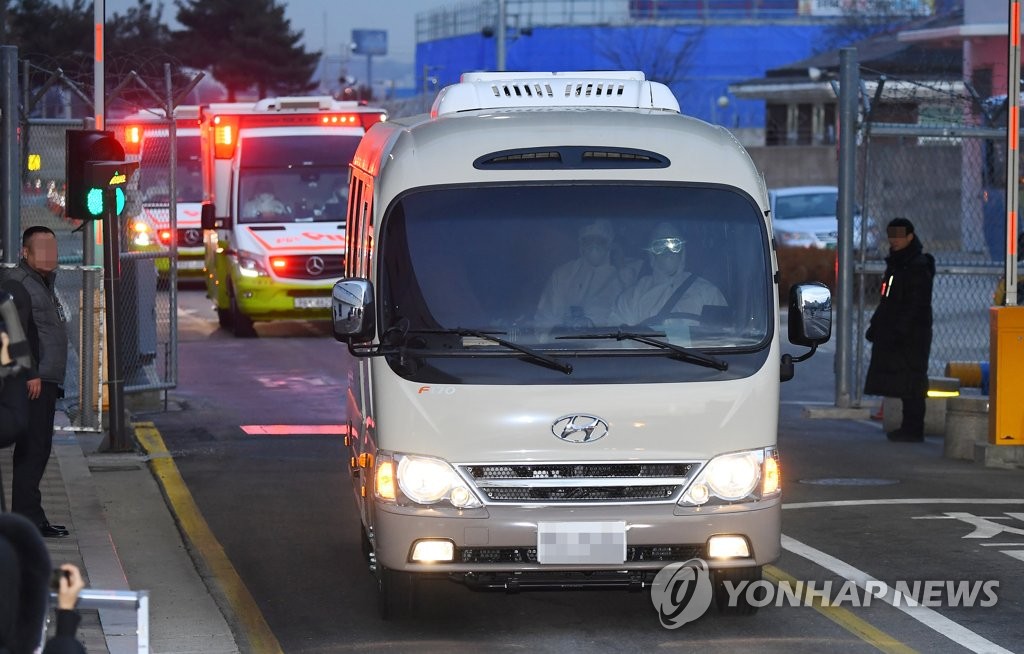 (3rd LD) S. Korean presidential plane arrives back from Japan with 7 evacuees aboard

(3rd LD) S. Korean presidential plane arrives back from Japan with 7 evacuees aboard