SEOUL, Feb. 19 (Yonhap) -- Tottenham Hotspur's forward Son Heung-min is set to miss several weeks of action after suffering a fractured arm during a recent match, his team has said.

"Heung-Min Son is to undergo surgery this week after sustaining a fracture to his right arm," Spurs said in a posting on its website Tuesday. "The South Korea international suffered the injury during our win against Aston Villa on Sunday."

In the Sunday match, Son scored twice, including the last minute winner and extended his goal scoring streak to five matches. He has scored 16 goals in all competitions so far this season.

It was also his career 51st goal at the Premier League, becoming the first Asia-born player to score a career 50 goals or more at the top level of the English football League.

The club said it will take a number of weeks for the 27-year-old forward to return to the ground after surgery.

"Following surgery, our medical staff shall be reviewing management options for Son's rehabilitation with the player expected to be sidelined for a number of weeks," it said.

Son's injury is expected to deal a heavy blow to Tottenham, with its English striker Harry Kane already sidelined with a hamstring injury.

Spurs have to go through some important games without Son, including the Champions League round of 16 first leg against RB Leipzig on Wednesday (local time). 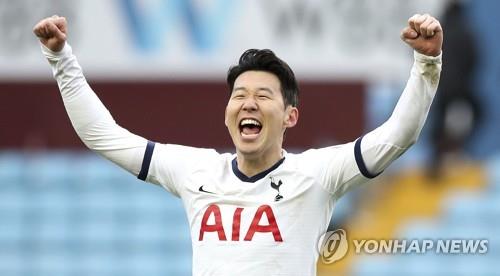 Son Heung-min to have surgery on broken arm, to miss several weeks

Son Heung-min to have surgery on broken arm, to miss several weeks