SEOUL, Feb. 19 (Yonhap) -- South Korea plans to provide liquidity support to its exporters that are expected to take a hit from the spread of the new coronavirus in China, Finance Minister Hong Nam-ki said Wednesday.

The government will draw up a package of comprehensive measures by the end of this month to preemptively contain the economic impact of the COVID-19 virus outbreak, which is expected to threaten the fragile Chinese and global economies, Hong told a meeting of economy-related ministers. 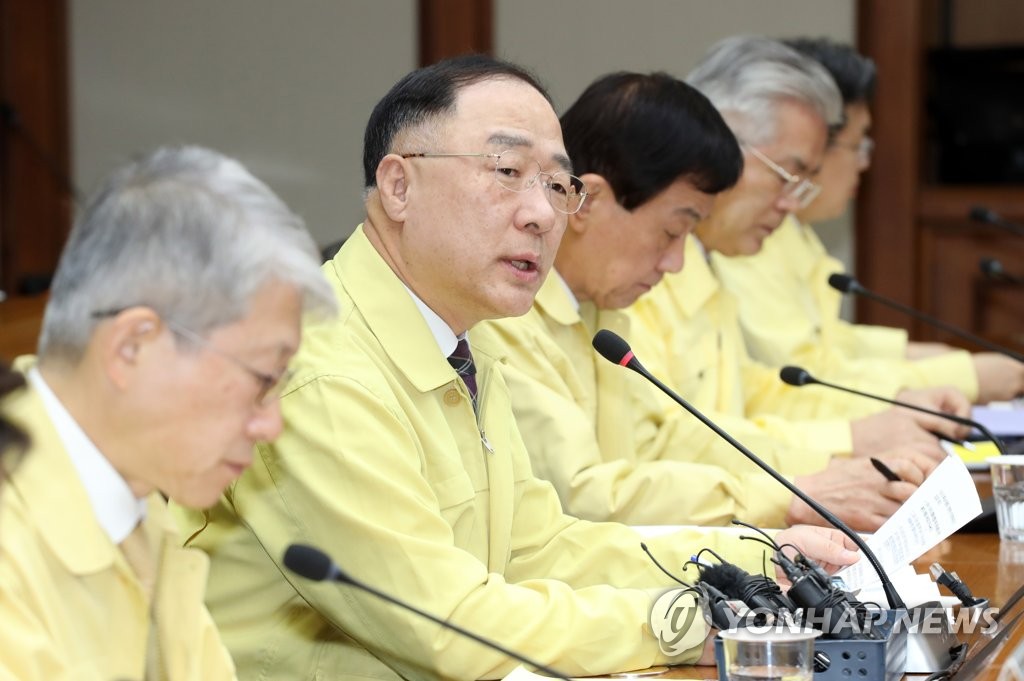 Hong said the government will mobilize "all possible measures" to overcome an "emergency economic situation."

To help local authorities stem the spread of the virus, the government will provide 100 billion won (US$84 million) in reserve funds to them, Hong said.

The government has said it will provide small tourism businesses with a total of 50 billion won of credit-based loans with a 1 percent interest rate.

The government is set to offer a 300 billion won worth of support for low cost carriers suffering liquidity shortages.

Concerns are growing over South Korea's export performance down the road amid the new coronavirus crisis. It is widely feared that the outbreak and spread of the novel coronavirus, which is believed to have originated in the Chinese city of Wuhan, will dampen China's economic growth in the first quarter.