SEJONG, Feb. 19 (Yonhap) -- South Korea said Wednesday the first batch of packaged traditional chicken soup, or "samgyetang," will be shipped to Canada in line with the country's efforts to beef up its exports of agricultural goods and foodstuffs.

South Korea said 13 tons of ready-to-eat samgyetang will be shipped to the North American country this week, with 67 more tons set to be sent this year, according to the Ministry of Agriculture, Food and Rural Affairs.

Samgyetang is a traditional chicken soup made with a whole young chicken stuffed with ginseng, sticky rice and garlic. It is widely consumed in the country as an energy-boosting meal during summer. 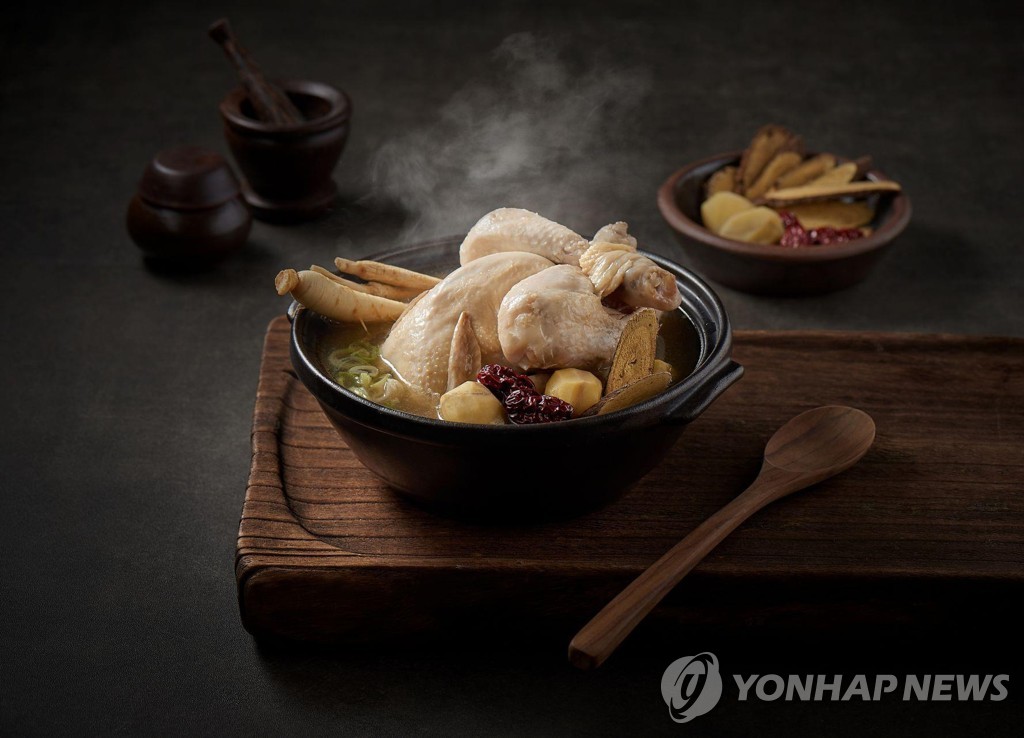 South Korea first asked Ottawa to accept shipments of samgyetang in 1996 and has worked closely with the Canadian Food Inspection Agency since then.

Packaged samgyetang products are currently being shipped to 12 destinations.

Exports to the U.S. reached 5.2 billion won in 2019, followed by Japan and Taiwan with 3.4 billion won and 1.3 billion won, respectively. Shipments to Hong Kong were 700 million won, the data showed.

The country is making efforts to sell the products to more countries and is also in talks with the European Union.

Last month, South Korea said it seeks to expand its outbound shipments of agricultural goods by 6.7 percent to hit US$7.5 billion in 2020 by diversifying its product portfolio.