SEOUL, Feb. 19 (Yonhap) -- North Korea has seen no confirmed cases of the new coronavirus, but the country should never let its guard down in its nationwide fight to prevent the virus from reaching the country, its official newspaper said Wednesday.

North Korea has repeatedly claimed that there has been no outbreak of COVID-19 on its soil despite speculation it is concealing an outbreak of the virus that emerged from neighboring China and has been spreading into many countries.

"Of course, our country has not seen any single infection yet," the Rodong Sinmun, the official newspaper of the North's ruling party, said in an article. "But we should never let our guard down."

"It is more important than anything else to maintain heightened individual hygiene at a time when the infection poses high risks and no vaccines have been developed," the paper added.

The article is part of around 10 other stories featuring damage wrought by the novel coronavirus in other countries and preventive efforts necessary to fight it. It also carried photos on its front page showing factory workers wearing masks.

North Korea has intensified its preventive efforts against the virus, including tightening its border with China and increasing the mandatory quarantine period for high-risk people to 30 days. Late last month, Pyongyang declared a national emergency status.

Despite the North's repeated claims of no confirmed infections, some speculate that the North might have already been hit by the virus but is concealing an outbreak.

North Korea is known for weak medical infrastructure and a lack of key supplies needed to test and treat people infected with such an infectious disease. Experts worry that once the new coronavirus flows into the country, it could get out of control. 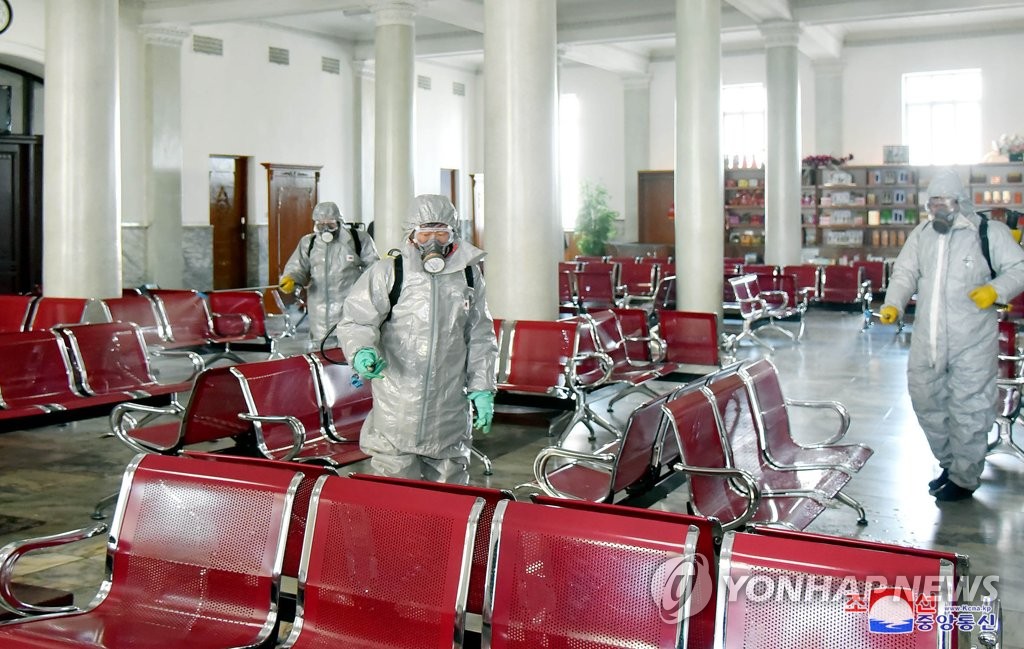