"Parasite" has been selected as this year's winner of best foreign language film at the David di Donatello awards, ANSA said.

The South Korean social comedy-thriller beat Quentin Tarantino's "Once Upon A Time In Hollywood," Peter Farrelly's "Green Book," Todd Phillips' "Joker" and Roman Polanski's "J'Accuse," an official from the Italian awards committee was quoted as saying. 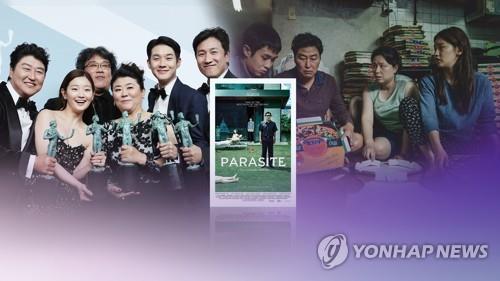 The official also stressed that the Italian award was not influenced by the result of the Academy Awards because its voting ended before the Oscars.

The David di Donatello awards were founded in 1956. It is the first time for a South Korean film to win the prestigious Italian prize.

Meanwhile, "Parasite" has soared to the top of the Italian box office lately after being released across the European country.