The outstanding foreign currency deposits held by banks here came to US$74.98 billion as of the end of last month, down $4.4 billion from a month before, according to the data from the Bank of Korea (BOK).

It marked the sharpest monthly decline since March last year, when the deposits fell by $6.5 billion, the data showed.

The drop came mostly from savings held by businesses, which dipped $4.3 billion in January from a month earlier.

Foreign deposits in the Japanese yen also fell by $110 million to $4.3 billion in January. 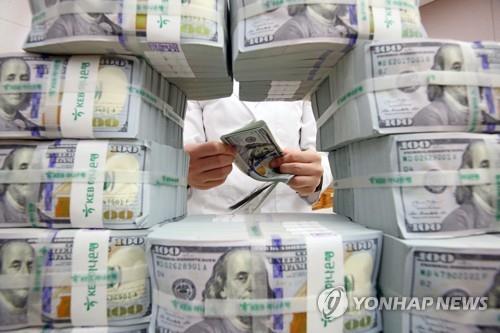