Byun Hee-soo, 22, filed the petition with the Army Headquarters, the sources said, after a military committee ruled last month based on a medical examination that the staff sergeant is unable to continue to serve.

"In accordance with related regulations, Byun could raise such an objection within 30 days of the committee ruling, and the authorities will judge the case in two weeks," an Army officer said.

Earlier this month, Byun got a court-ordered recognition of gender change to amend her birth certificate. 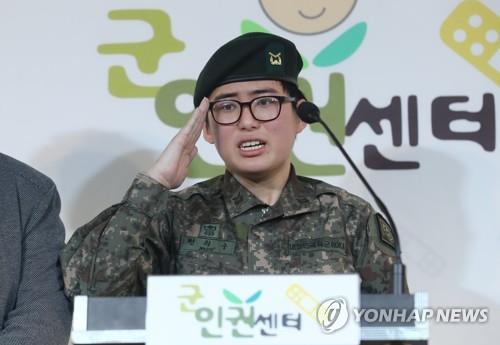