SEOUL, Feb. 19 (Yonhap) -- Samsung Electronics Co. topped the global TV market for the 14th consecutive year in 2019, industry data showed Wednesday, on the back of robust sales of its QLED TVs.

Samsung took up 30.9 percent of the global TV market last year in terms of sales revenue, up 1.9 percentage points from a year earlier, according to data compiled by industry tracker IHS Markit.

Samsung was followed by its local rival LG Electronics Inc. with a 16.3 percent share and Japan's Sony Corp. with a 9.4 percent share. 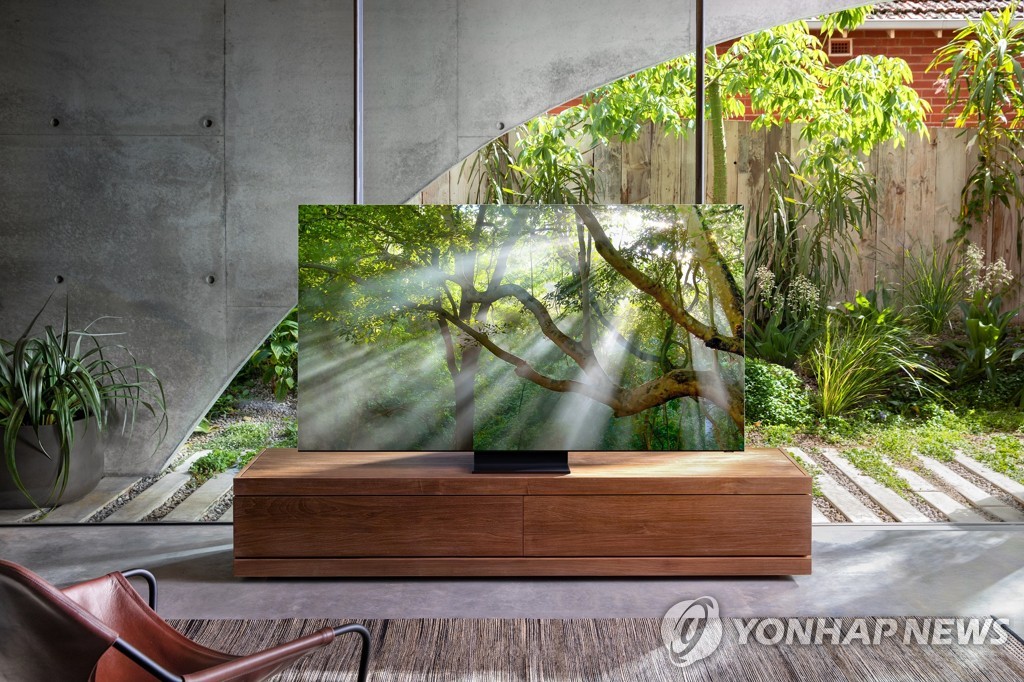 Samsung was also the No. 1 player in terms of shipments, taking a 19.8 percent share in the global TV market last year. The company was followed by LG Electronics with a 12.2 percent and China's TCL Corp. with a 9.2 percent share, according to IHS Markit data.

The data showed that global QLED TV sales reached 6 million units in 2019, which was double the total OLED TV sales, with LG leading the OLED category.

In the high-end TV segment that refers to TVs priced at US$2,500 or more, Samsung retained the top spot with a 52.4 percent share, far above Sony's 24.7 percent. Samsung also topped the large-size TV market that refers to 75-inch and larger TVs.