SEOUL, Feb. 19 (Yonhap) -- South Korean stocks closed nearly flat Wednesday as investors remained wary over the spread of the novel coronavirus in the country. The Korean won rose slightly against the U.S. dollar.

The index had a solid start, reaching as high as 2,226.00, but quickly fell below the flat line after local health authorities reported 15 additional novel coronavirus infections, the biggest daily jump in confirmed cases here, raising the total to 46.

After touching an intraday day low of 2,192.20 points, the index bounced back, but couldn't gain further momentum. 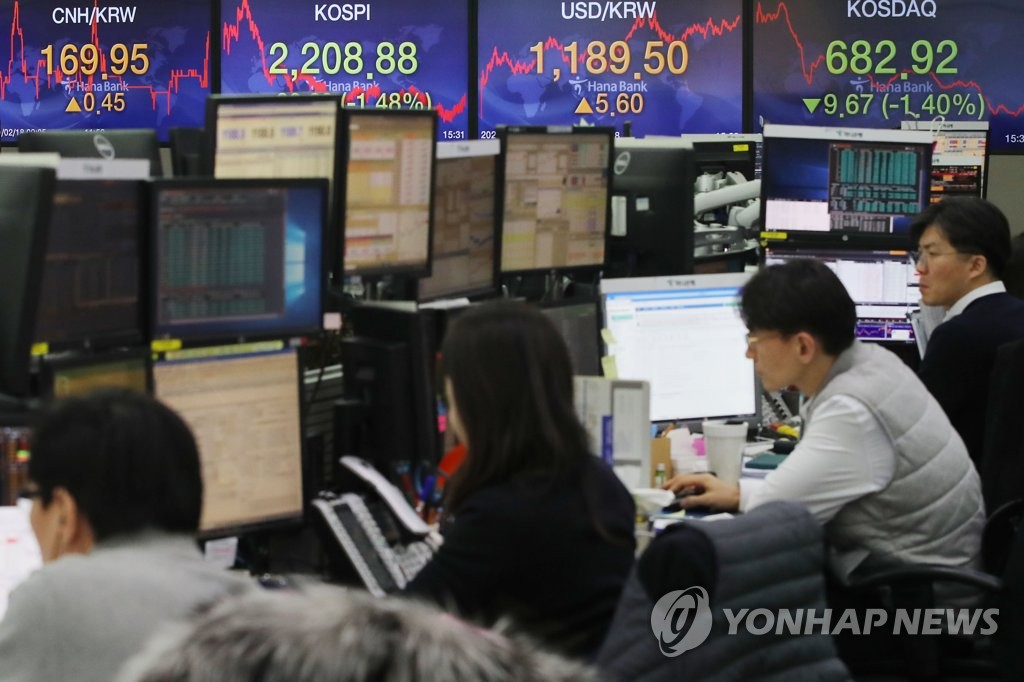 "The index had a good start following the news that U.S. President Donald Trump had rebuked his administration's plan to impose additional trade restrictions on China," said Ha In-hwan, an analyst at Meritz Securities. "But the market was apparently affected by the news that multiple coronavirus patients were confirmed in the country."

Large caps were mixed, although tech shares closed up.

The local currency closed at 1,189.3 won against the dollar, up 0.2 won from the previous session's close.