SEOUL, Feb. 19 (Yonhap) -- A high-profile K-pop concert featuring BTS and other idol stars scheduled for early March in Daegu was postponed Wednesday following the confirmation of multiple cases of the novel coronavirus in the southeastern city.

Broadcasting channel SBS, the organizer of the concert set for March 8 at Daegu Stadium, said on the concert's website that "(we) unfortunately decided to indefinitely postpone the concert for the prevention of the coronavirus' spread and the safety of the audience and artists."

SBS said it will announce a rescheduled date for the show in the future.

The SBS Super Concert in Daegu had been a major focus of K-pop fans as its lineup involves unusually high-profile idol stars including BTS, Zico and NCT 127.

According to the part of the lineup released so far, the participating artists also include boy bands Pentagon, SF9 and The Boyz and girl band Cherry Bullet.

The first round of applications for the concert tickets was to begin on Tuesday, but the organizers held off the ticketing process after the city's first case of coronavirus was confirmed Tuesday morning.

The organizers then completely put off the concert Wednesday after a cluster of Daegu residents was reported to have been infected with the highly contagious virus.

On Wednesday, South Korea confirmed 20 additional coronavirus cases, an unusually high number reported in a single day, and more than 10 cases were from Daegu, 300 kilometers southeast of Seoul.

Daegu Stadium accommodates up to 66,000 spectators, and the concert, if held as initially scheduled, could have attracted a massive number of fans from in and outside of South Korea.

A related online public petition was uploaded on the website of the presidential office Cheong Wa Dae on Wednesday, calling for the show's cancellation.

"At least 8,000 fans will enter the country from China, Thailand, Taiwan, Hong Kong and other countries (for the concert) ... It will become impossible to track down and fumigate (infection sources)," the citizen who submitted the petition said. 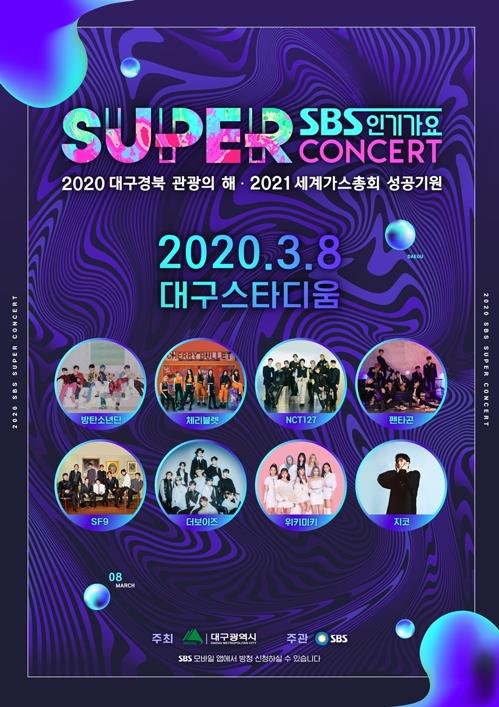