SEOUL, Feb. 19 (Yonhap) -- Senior diplomats of South Korea and the United Kingdom held talks in Seoul on Wednesday on ways to boost bilateral ties and cooperation on climate change, the foreign ministry said.

Kim briefed Moore on the upcoming summit of the Partnering for Green Growth and the Global Goals (P4G), a global conference to advance solutions for delivering on the U.N. Sustainable Development Goals and the Paris climate agreement, to be held in South Korea in late June. He asked London to send a high-level delegation to the forum.

Moore replied that his country will consider Seoul's request and added that Seoul's leadership would also be of importance for the U.N. Climate Change Conference (COP26) set to be held in Scotland in November.

The two sides agreed to promote active high-level exchanges this year, noting that the two countries have been key partners in various fields, including politics, economy and security.

They also shared assessments and agreed to continue cooperation on regional security issues, including denuclearization of the Korean Peninsula and the situation in the Middle East, the ministry said. 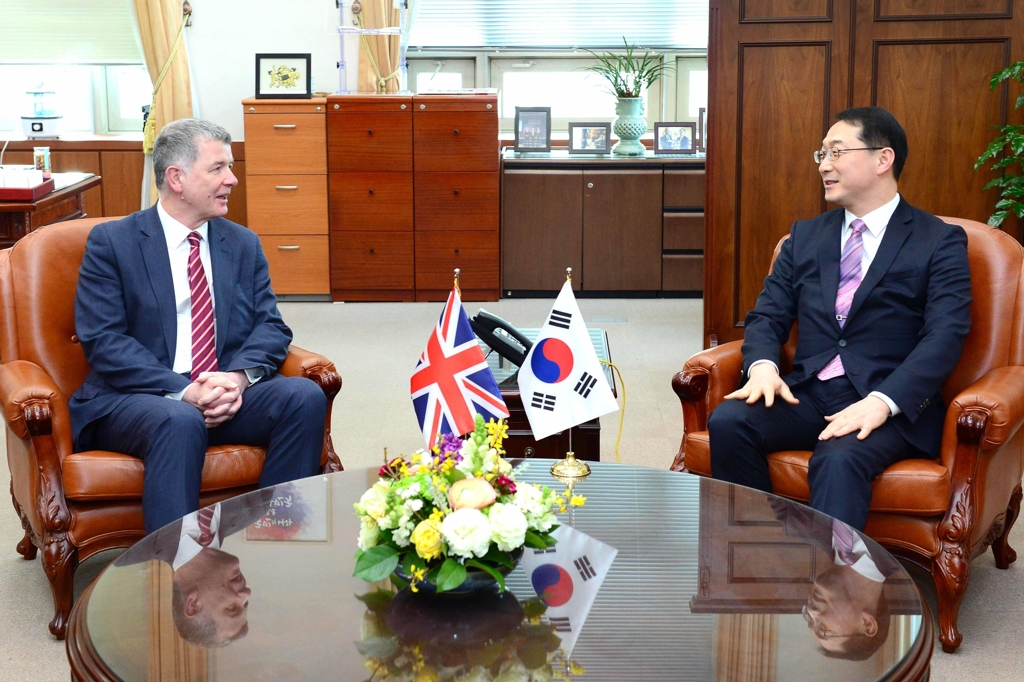