SEOUL, Feb. 20 (Yonhap) -- President Moon Jae-in's campaign to block the economic effects of the COVID-19 outbreak has suffered a heavy blow from the faster-than-expected spread of the virus in South Korea this week.

Having for weeks placed his No. 1 priority on countering the novel coronavirus outbreak, first confirmed here on Jan. 20, Moon has shifted the focus to reviving the momentum for economic recovery.

In the early phase of the outbreak, he visited public hospitals and quarantine facilities for South Koreans who had returned from the Chinese city of Wuhan, the epicenter of the virus, churning out messages on the government's resolve and ability to contain the epidemic.

As the spread showed some indications of letting up, at least according to health authorities' data, Moon accelerated what his aides describe a "two-track" approach towards the virus response and the economy.

He stated that the virus woes would "be over before long" and advised the public to avoid "excessive fear" of the disease and bring their routine activities back to normal. 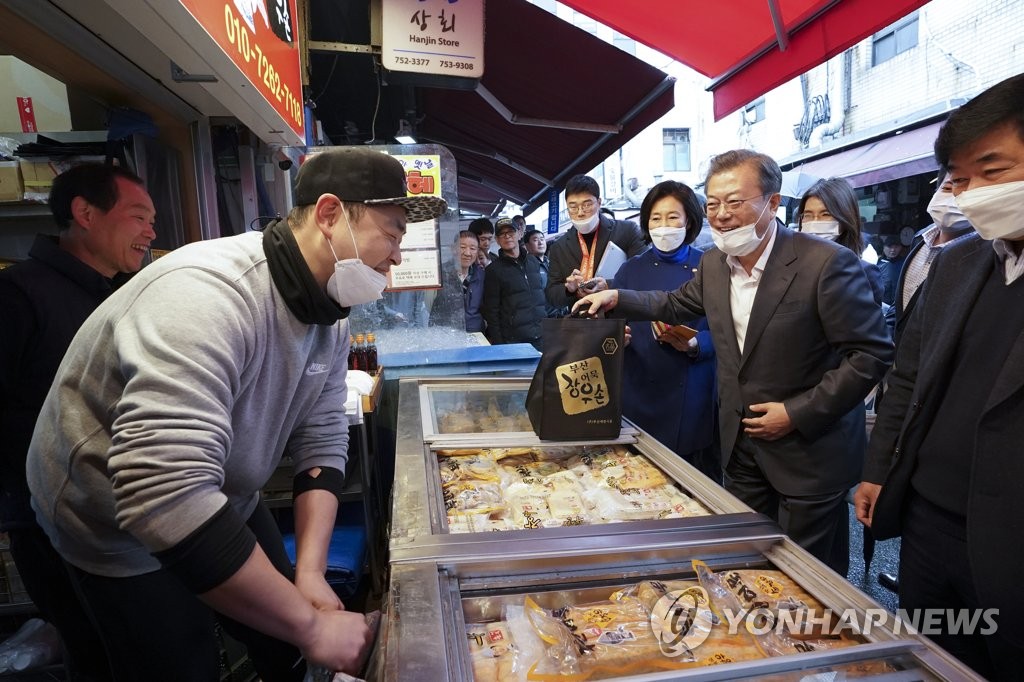 The president visited the Namdaemun traditional market on Feb. 12 to assure vendors there of the government's commitment to revitalizing consumer sentiment.

He also met with a group of leaders of major conglomerates in a show of the government's determination to work with the business circle to ride out the current crisis.

On Tuesday, Moon even declared an "emergency situation" for Asia's fourth-largest economy, calling on the Cabinet to use every possible policy card to minimize the economic impact.

Critics accused him of rushing to deal with the "consequences" of the virus outbreak, while the very cause -- the pandemic itself -- remains uncontrollable.

Moon's latest economy-related push suffered a setback, however, when the COVID-19 story here took a new twist with Tuesday's report of the so-called "super spreader" in Daegu, 300 kilometers southeast of Seoul. It is not yet known how this person contracted the virus or from whom. 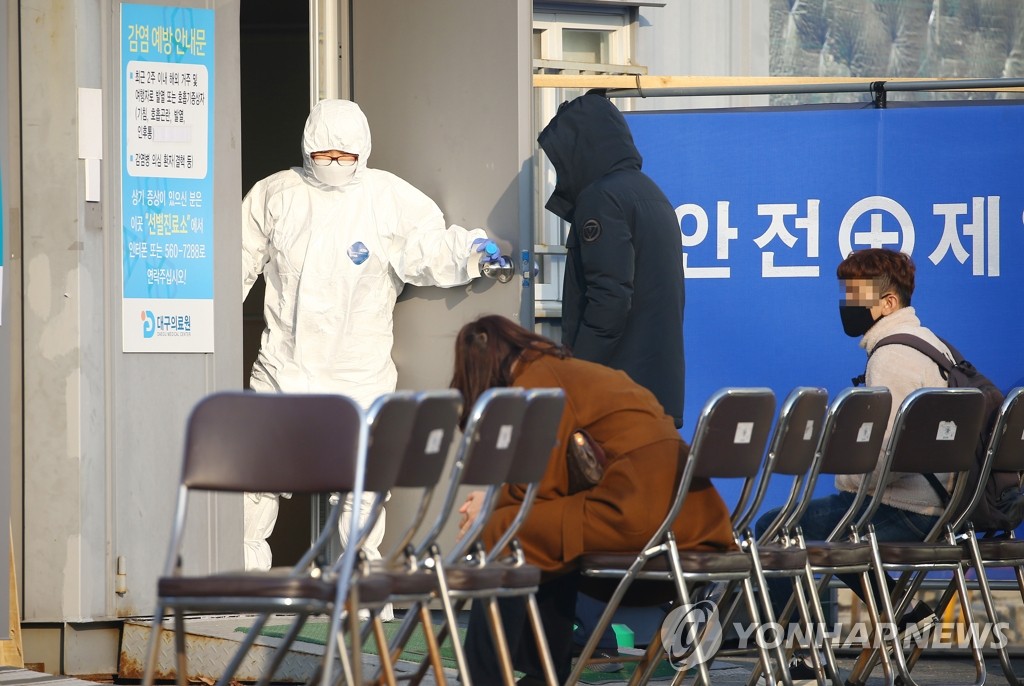 Twenty more new patients were confirmed, mostly in Daegu and nearby regions, on Wednesday alone.

On Thursday morning, 31 additional cases were revealed, bringing the total number of patients in South Korea to 82.

The Moon administration is under pressure to raise the virus alert level to "serious."

"There have been relevant discussions internally," a Cheong Wa Dae official said, adding that it is premature for the presidential office to reveal details.

The official stressed Cheong Wa Dae's stance has been "consistent" that it is crucial to cope thoroughly with both the pandemic and its economic impact.

He said that both aspects are equally important. "Our position remains consistent in that regard. We have not given more weight to either quarantine or the economy."

There is an urgent need to take preemptive measures in preparation for the post-virus situation in order to prevent the economy from worsening, he added.

Meanwhile, Cheong Wa Dae is planning a low-key luncheon meeting between Moon and Bong Joon-ho, director of the Oscar-winning film "Parasite," as well as the film's cast and production staff, at the presidential compound on Thursday in consideration of the news of the host of newly confirmed infections.