SEOUL, Feb. 20 (Yonhap) -- The South Korean city of Daegu is on alert as concerns over the new coronavirus are peaking in line with a surge in patients, with many of them suspected of contracting the potentially fatal virus at a church associated with a minor religious sect.

On Thursday, South Korea reported 31 new cases of the COVID-19, bringing the total number of infections here to 82. The first case in the country was reported on Jan. 20.

The pace of new infections had slowed in the past couple of weeks, but this week the number shot up by more than 50, with most of the new cases in the southeastern city of Daegu and the surrounding North Gyeongsang Province.

Of the 82 cases, 48 cases were reported in the southeastern region, with 37 of the patients known to have attended a church service with the 31st patient, a 61-year-old woman who is presumed to have infected about 40 people so far. 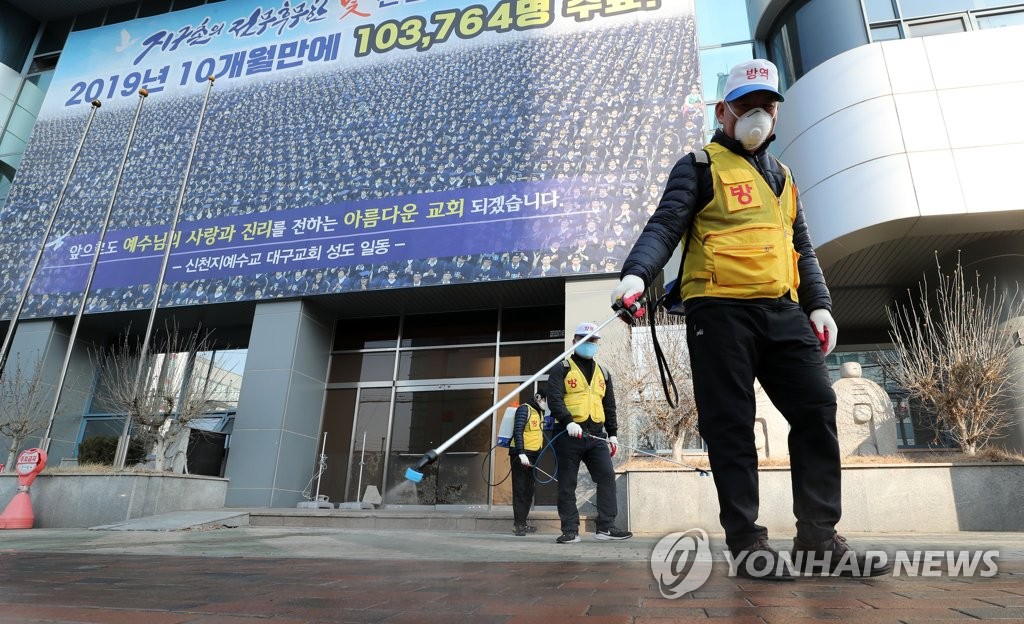 The latest development has stoked fears of the virus spreading rapidly in Daegu, the country's fourth-largest city and home to 2.4 million people. The combined population of the city and the adjacent North Gyeongsang Province is roughly 5 million.

To ward off the sprawling virus, the city has taken measures to temporarily shut down public libraries and has ordered kindergartens to suspend classes for the time being.

The Daegu High Court, among other public institutions, temporarily blocked some entrances to its compound and installed thermal cameras.

Major events have been called off or postponed, with a concert featuring BTS and other K-pop stars that was set for March 8 at Daegu Stadium postponed following the outbreak.

The city has also launched a probe into people who attended Sunday services at the Daegu unit of the Shincheonji Church of Jesus, The Temple of the Tabernacle of the Testimony.

Some 1,000 people reportedly attended the church, which is known for its tight-knit seating arrangement, on Feb. 9 and 16. 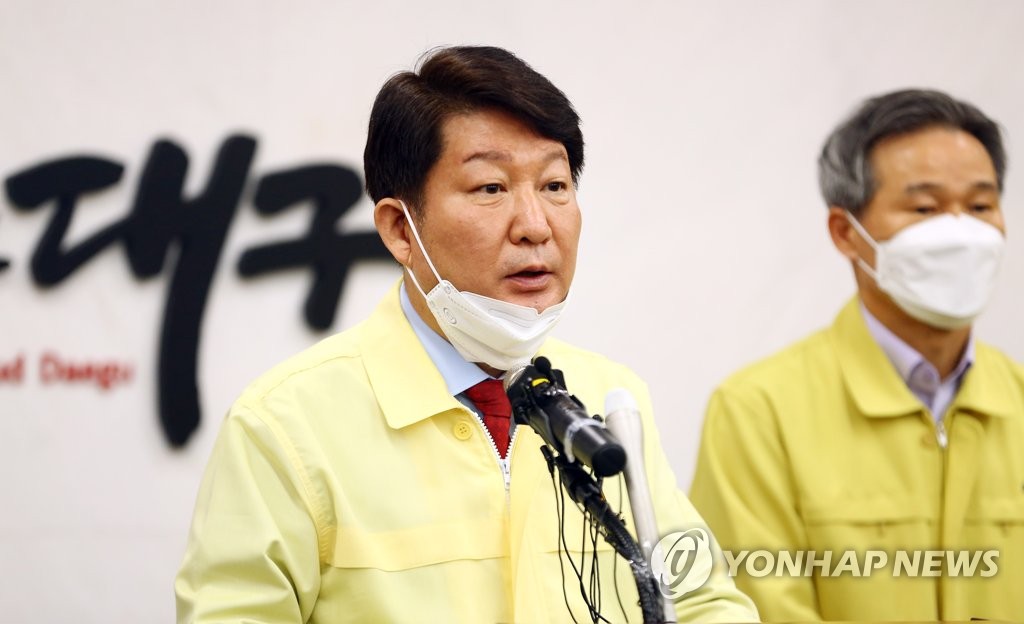 The provincial city, meanwhile, has asked for help in securing more hospital beds and medical personnel, with four of the five emergency units at university hospitals temporarily shut down following visits by people who were later confirmed as infected.

During his meeting with Prime Minister Chung Sye-kyun on Wednesday, Daegu mayor Kwon Young-jin stressed the need for new strategies to tackle the contagious virus, voicing concerns over the outbreak spreading across the country.

He also asked for government support, such as opening up public facilities to quarantine people who are suspected of being infected by COVID-19, and urged the public to wear masks and refrain from unnecessary activities.

On Thursday, the government announced that it will be providing 2.5 billion won (US$2.1 million) in special funds to strengthen safety measures in Daegu and North Gyeongsang Province.