The U.S. Air Force's RC-135W Rivet Joint was spotted in the skies above South Korea at 31,000 feet, Aircraft Spots tweeted.

This type of aircraft was detected four times here last month. The latest flight came just a couple of days after the Air Force's E-8C, or JSTARS, flew over the Korean Peninsula, according to the tracker.

U.S. spy planes were believed to have carried out operations monitoring North Korea after the communist country warned of a "new strategic weapon" in the near future and a "shocking actual action" earlier this year in protest over the stalled denuclearization negotiations with the U.S.

No specific unusual military movements have been detected in North Korea in recent weeks, which appears to be linked to the novel coronavirus, COVID-19, that has swept through Asia, according to Seoul's military sources. North Korea claims that not a single virus case has been reported on its soil so far. 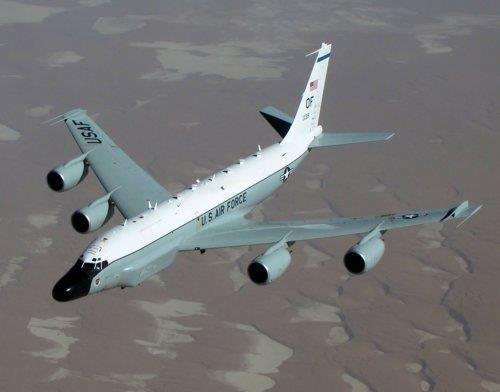