SEOUL, Feb. 20 (Yonhap) -- South Korea has yet to receive from Japan the passenger manifest of a coronavirus-hit cruise ship moored near Tokyo, a senior Seoul official said Thursday, as Seoul is seeking an entry ban on foreigners from the quarantined ship.

Japan began to allow passengers of the Diamond Princess moored in Yokohama to leave the ship on Wednesday if they tested negative for the virus. The cruise ship had been in quarantine since it reported the first group of virus infections early this month.

A foreign ministry official later cited legal matters as a reason for the difficulties in receiving the list, adding that the government has been asking local airlines and passenger ship firms to do their own checks.

"We have been asking passenger ship companies and airlines to confirm, as passport stamps would show the arrival date. If it was Yokohama, the date would be there and each company can decide whether to issue a ticket," the official told reporters. 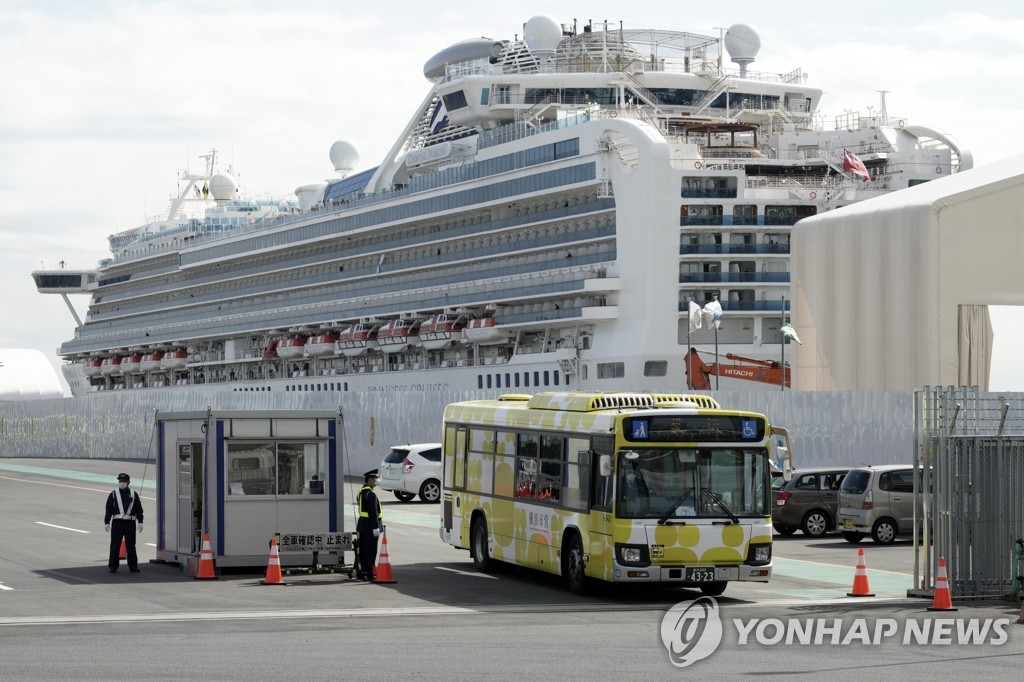