Lee Kong-joo, outgoing adviser to President Moon Jae-in for science and technology, said she was working to establish the institute for the constant and systemic study of viruses and other contagion-causing elements.

She said she conceived the idea of establishing the state lab when the African swine fever (ASF) pandemic hit the Asian region.

Moon repeatedly asked what the government should do to prevent the disease from spreading to the country at the time, she recalled.

Since South Korea has a relatively good quarantine system, she said during her farewell press briefing, she thought it would be better to have a "virus research institute" that focuses "constantly" on exploring ways to handle outbreaks.

After ending her year-long stint at Cheong Wa Dae on Thursday, she will return to Ewha Woman's University in Seoul as professor of medicine.

"Preparations are under way. Thus, I think my successor will handle the work," she said. Her replacement has not been announced yet.

South Korea is struggling to combat an outbreak of the novel coronavirus COVID-19, which originated in China. 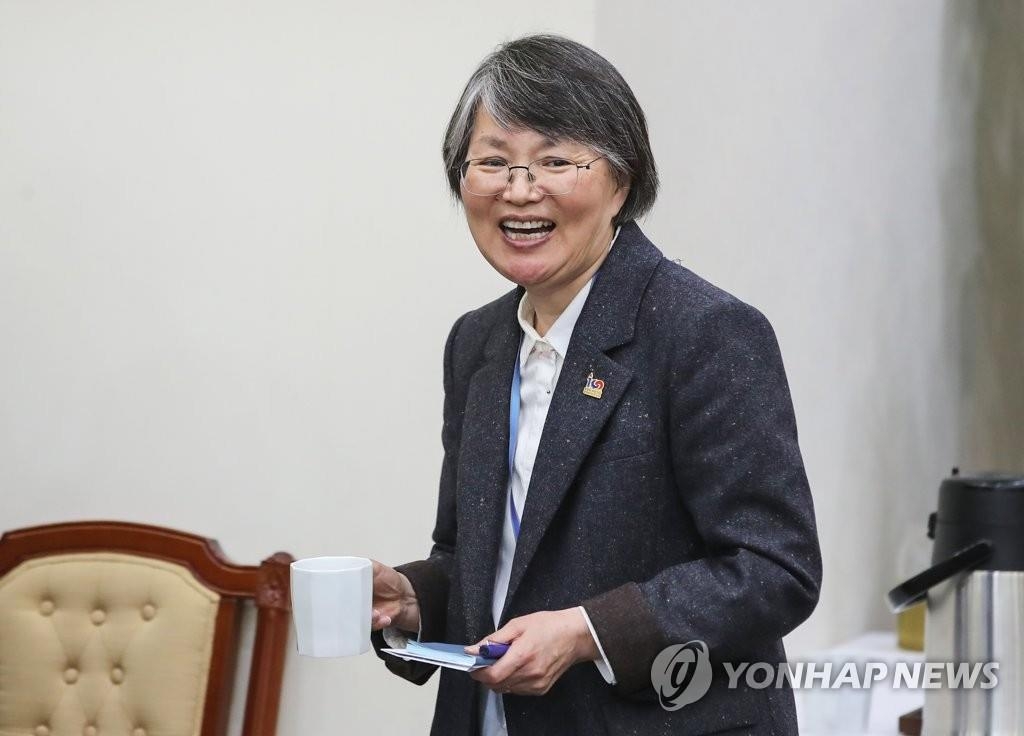