(ATTN: UPDATES with numbers in paras 2-3)

South Korea reported a total of 104 patients infected with the COVID-19 virus as of Thursday afternoon, with a combined 73 new cases confirmed on Wednesday and Thursday.

Out of the 73 new cases, 42 were directly or indirectly from the Daegu branch of the Shincheonji Church of Jesus, the Temple of the Tabernacle of the Testimony, commonly known as Shincheonji. It is a minor Christian sect established by South Korean Lee Man-hee in 1984. 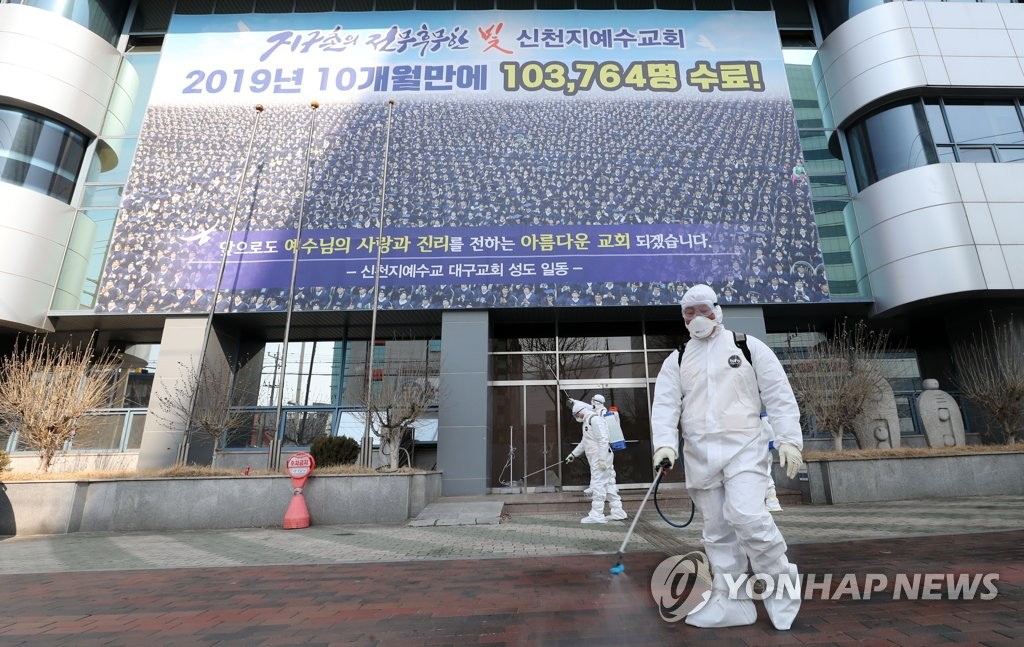