The Ministry of Land, Infrastructure and Transport has added three counties in Suwon and two counties in Anyang, all located near the capital city of Seoul, to areas subject to strict lending regulations in case of volatility in home prices.

The loan-to-value (LTV) ratio for the purchase of a home in the areas, valued at 900 million won (US$75,000), will fall to 50 percent from 60 percent. If a house is priced at 1 billion won, a tougher LTV ratio is applied, the ministry said in a statement. 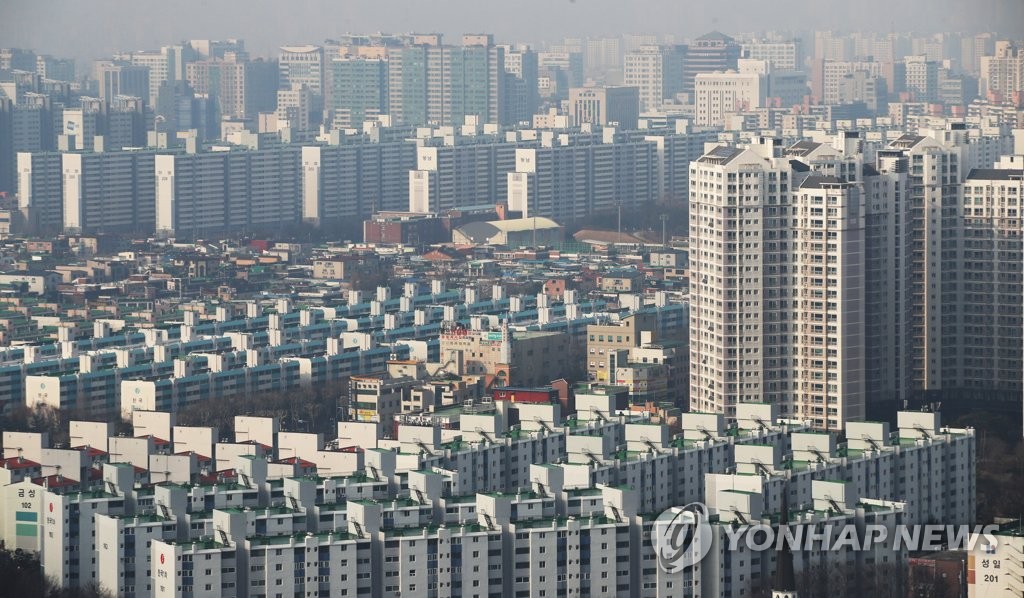 The latest move came as home prices in cities of Gyeonggi Province have been on the rise, although home prices in Seoul showed stability, the statement said.

Finance Minister Hong Nam-ki said in December the government will take stronger steps this year should home prices not stabilize with the measures announced Dec. 16.

Under the Dec. 16 measures, mortgages have been banned when buying a house worth over 1.5 billion won in "speculative and overheated speculative" areas since Dec. 17, and the LTV ratio for the purchase of a home valued between 900 million won and 1.5 billion won will be cut to 20 percent from the current 40 percent.

Previously, the government announced four rounds of plans to clamp down on speculative transactions in real estate markets between June 2017 and December 2019.