SEOUL, Feb. 20 (Yonhap) -- South Korean stocks closed lower Thursday on rising concerns of community spread of the novel coronavirus following a surge in the number of patients. The Korean won sharply fell against the U.S. dollar.

The index had a strong start, tracking overnight Wall Street gains, but quickly fell below the flat line after local health authorities reported 31 additional novel coronavirus infections and raised the total to 82. 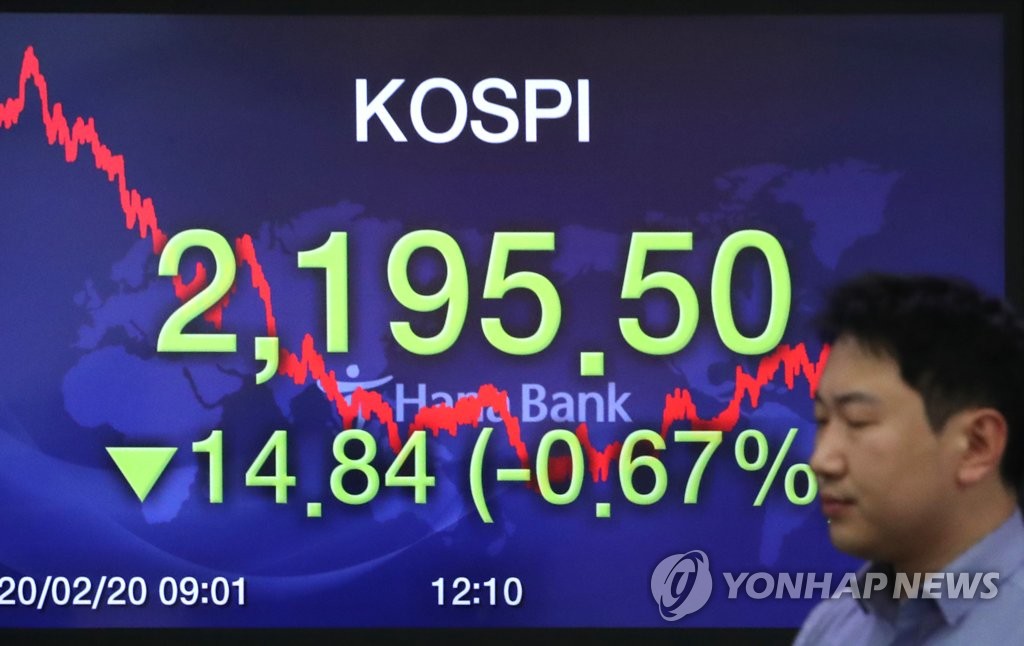 With most new cases centered on the southeastern city of Daegu, the health authorities declared that the virus has begun spreading locally.

"Due to strong performance of U.S. stock markets, the index had a solid start. But investors started to sell stocks following the news that the number of novel coronavirus patients surged in South Korea," Seo Sang-yong, an analyst at Kiwoom Securities, said.

Most large caps were in negative terrain.

The local currency closed at 1,198.7 won against the dollar, sharply down 9.4 won from the previous session's close.