The Korea Centers for Disease Control and Prevention (KCDC) said a 63-year-old man, who died on Wednesday morning at a hospital in the southeastern city of Cheongdo, posthumously tested positive for COVID-19.

KCDC officials said late Thursday he is presumed to have died of pneumonia.

He had been hospitalized for more than 20 years at the institution, where a total of 15 confirmed cases have been reported, according to KCDC.

The authorities have been testing all patients and medical staff at the hospital since Wednesday when two patients in the psychiatric ward were confirmed to have been infected.

KCDC is looking into the hospital's possible connection with the country's 31st confirmed case -- a 61-year-old South Korean woman who visited Cheongdo early this month before she was confirmed to be infected.

As of Thursday afternoon, the total number of confirmed cases in South Korea stood at 104. 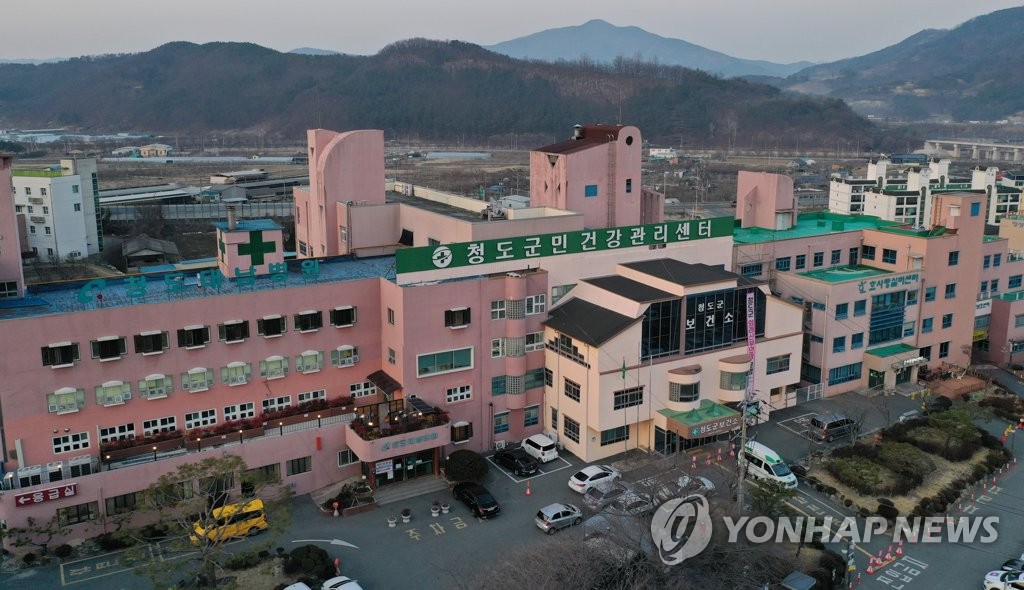