In an interview this week with The Vanderbilt Hustler, the official student newspaper of Vanderbilt University, Bolton also defended his suggestions that North Korea follow the "Libya model" and hand over its nuclear program before receiving any concessions in return.

"I think that you've seen, unfortunately, over four American administrations, the failure to stop North Korea in making progress in getting deliverable nuclear weapons. That's a terrible record for our country," the former adviser said. 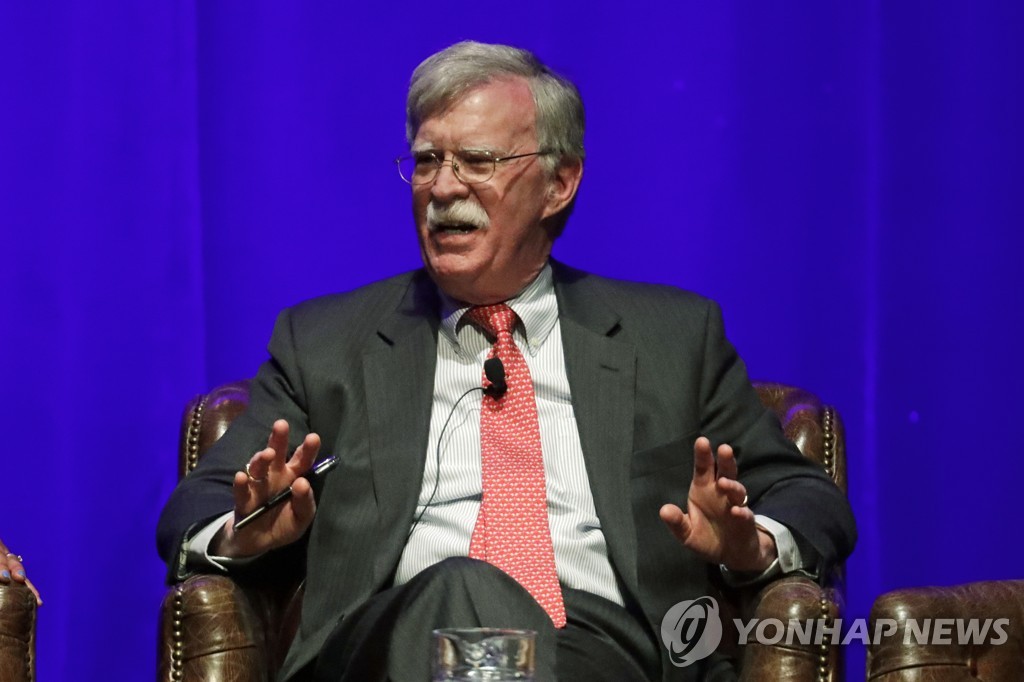 Bolton left the Donald Trump administration in September after clashing with the president on multiple policy issues, including how to denuclearize the North.

"It endangers us and our people, and endangers our friends and allies in the Asian Pacific," he continued. "Indeed, it endangers peace and security around the world because North Korea with nuclear weapons will sell those weapons to anybody with hard currency to buy. So I make no apology for taking what some people call a hard line against North Korea's nuclear weapons program because you can bet, and you can see the history and you can read it. A softer line has failed."

Following Bolton's departure, Trump accused his former adviser of having complicated U.S.-North Korea negotiations by bringing up the Libya model.

Libya surrendered its weapons of mass destruction program in 2003, but its then-leader Muammar Gaddafi was toppled from power and killed by NATO-backed rebel forces in 2011.

North Korea has bristled at suggestions it should follow the same steps and vowed never to meet the same fate as the North African country.

Bolton dismissed the criticism, saying the two events in Libya had nothing to do with each other.

"The North Koreans have, over a period of now close to 30 years, not demonstrated a single piece of evidence that they've made a strategic decision to give up nuclear weapons," he said, adding that without such evidence there is no reason to believe any denuclearization commitment the North makes.

"Gaddafi, we knew had done it because we were boxing up this stuff," he pointed out, referring to Libya's nuclear program. "We boxed it up, we put it on ships, and we sent it to Oak Ridge, Tennessee, where it is today. And where there's plenty of room for the Iranian and North Korean nuclear weapons programs too."

On the notion that the dismantlement of Libya's nuclear program led to Gaddafi's demise, Bolton rejected it as "a classic demonstration of the post hoc ergo propter hoc fallacy -- after the fact, therefore, because of the fact."

"In 2003, 2004, nobody on earth, literally nobody, predicted the Arab Spring. And, the Arab spring as it affected Libya and Gaddafi, had nothing to do with the renunciation of nuclear weapons," he said. "So people who conflated saying, well, Gaddafi gave up nuclear weapons and then he was killed by his own people seven years later are confusing two completely unrelated historical events."