The International Federation of Red Cross and Red Crescent Societies (IFRC) made the request, Richard Blewitt, the organization's permanent observer at the U.N., was quoted as saying to Radio Free Asia.

He said that a sanctions waiver is necessary to help Pyongyang's ongoing preventive efforts against COVID-19 and provide items, such as protective suits, goggles, test kits and thermometers, to the country.

The official also said that he has heard nothing about an outbreak of the coronavirus in North Korea.

North Korea has claimed there have been no cases of coronavirus infection on its soil, but the country has been intensifying preventive efforts, including tightening its border with virus-stricken neighboring China and increasing quarantines for those coming from foreign countries.

Concerns are growing that the North could be more vulnerable to the highly contagious virus that has killed more than 2,000 people in China alone as it lacks key medical supplies to diagnose and treat infected people.

Some media reports and observers have speculated that the North might be concealing an outbreak despite its repeated claims it has no confirmed cases.

South Korea's unification ministry handling inter-Korean affairs said on Friday that the country is trying to figure out the situation in the North through international agencies and civilian experts and emphasized the need for cross-border cooperation against the virus.

Asked if any assistance agencies had asked for Seoul's support for anti-virus efforts in the North, Cho Hey-sil, the ministry's deputy spokesperson, told a regular press briefing that there have been no such requests yet.

The ministry earlier said that it will consider international agencies' requests for assistance in efforts to help North Korea with coronavirus quarantine measures if official requests come from aid groups.

International assistance groups have been calling for exemptions of sanctions to make it easier to provide necessary aid to the North in its fight against the virus.

The United States recently voiced concerns about the vulnerability of North Korean people, stressing its support for aid agencies seeking to help contain the spread of the deadly virus in the communist state.

Humanitarian activities in North Korea are not banned under global sanctions imposed against its regime for its nuclear and missile provocations, but related materials are subject to sanctions waivers. 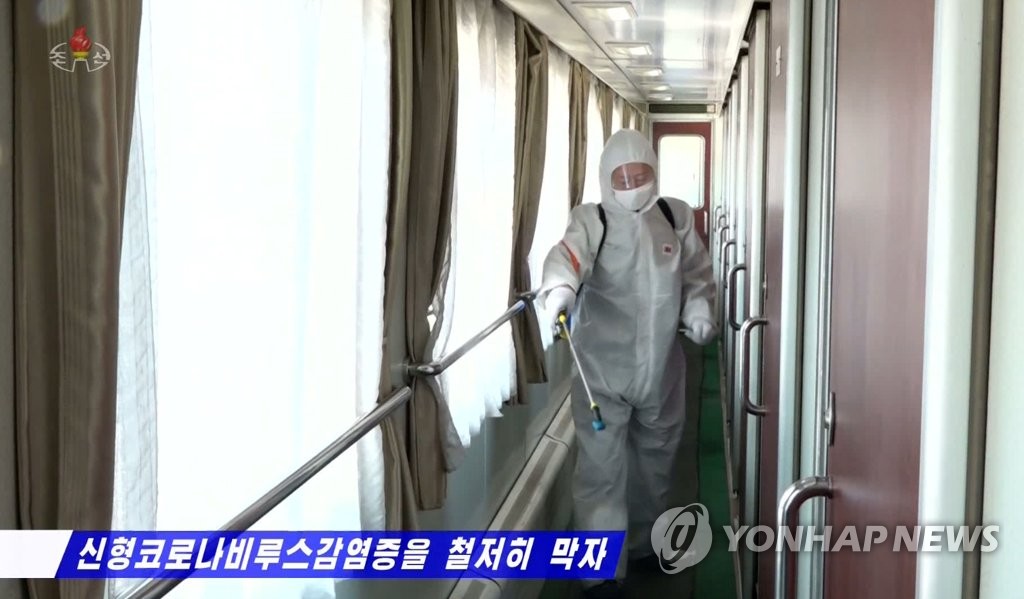