SEOUL, Feb. 21 (Yonhap) -- South Korea designated the southeastern cities of Daegu and Cheongdo as "special care zones" over infectious disease Friday, as a cluster of new coronavirus cases has been reported there in recent days.

"The government will take special measures by declaring the Daegu and Cheongdo areas as special care zones as a sudden rise in confirmed cases was reported there," Chung said at the start of a pan-government meeting over the virus.

The country confirmed its first death of a COVID-19 patient in Cheongdo on Thursday, with the total number of confirmed cases in the country surpassing 100 since its first outbreak on Jan. 20.

Concerns about community spread have mounted as 70 new cases were reported this week in Daegu, the country's fourth-largest city and home to 2.4 million people, and its surrounding North Gyeongsang Province.

"It is urgent to find people who have contacted infected people and cure patients," Chung said.

He said the government is ready to "fully" support necessary resources, including sickbeds, health workers and equipment.

"The government has so far focused on curbing infections coming from outside the country. From now on, the government will further prioritize preventing the virus from spreading locally," Chung said.

The prime minister also called for concerted efforts by the central and local governments, people and medical sectors to cope with the situation. 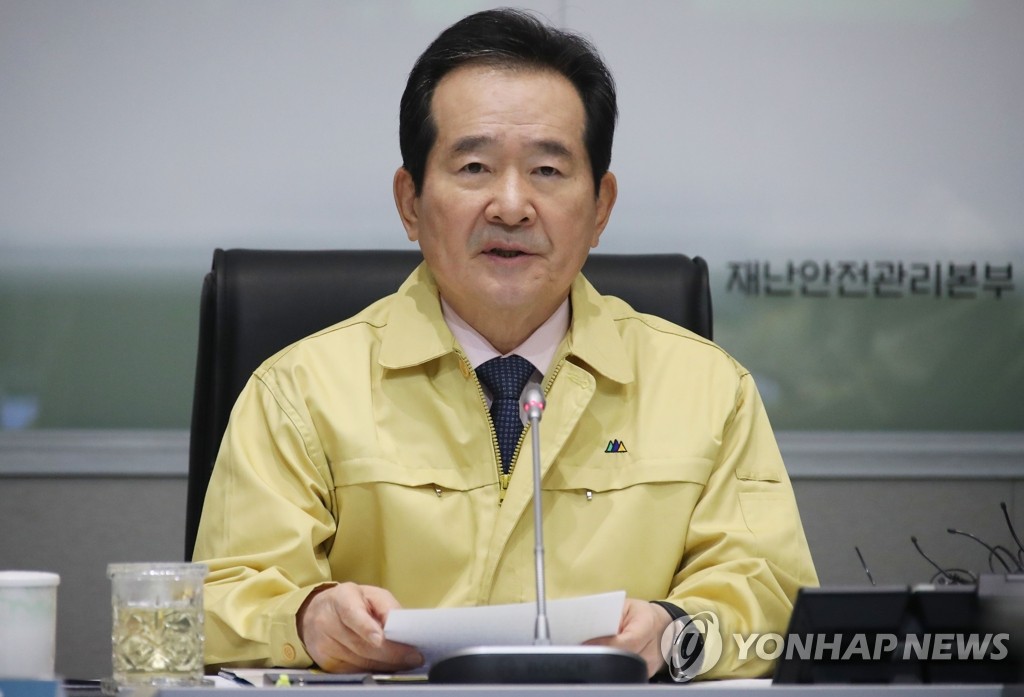