SEOUL, Feb. 21 (Yonhap) -- South Korean airlines said Friday they will reduce more routes and ask employees to take unpaid leave as the spread of the novel coronavirus is impacting travel.

With no clear end in sight for the COVID-19 outbreak, local airlines began to suspend or reduce their flights early this month to adjust to weak demand on domestic and international routes.

Korean Air Lines Co., the country's biggest airline, said it plans to gradually begin halting services on seven additional routes to Asian cities, including the Busan-Taipei route, in late February, while cutting the number of flights on the Incheon-Guam route and 14 other destinations worldwide.

"The flight suspension and reduction periods may be extended beyond March unless the coronavirus is contained," a company spokesman said. 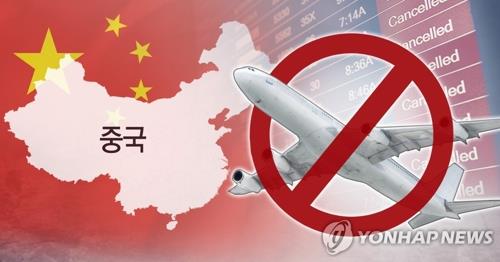 Faced with lower demand for China and other international routes, Korean Air had already suspended 20 of its 30 scheduled flights to China, while reducing the number of flights on eight routes and maintaining services on two routes.

On Wednesday, Asiana Airlines Inc. asked all 10,500 employees to take turns going on 10 days of unpaid leave so the company can cut costs.

Starting this month, Asiana halted six routes to China, reduced flights on 15 routes and kept five routes intact. The company reduced the number of flights on five routes from Incheon to other Asian cities like Bangkok and Hanoi starting Monday.

It plans to suspend services on the Incheon-Taichung, Taiwan, route from this coming Wednesday to March 15 and the Incheon-Chiang Mai route from March 3-15.