SEOUL, Feb. 21 (Yonhap) -- The military is making all-out efforts to prevent the new coronavirus from spreading further into the barracks, officials said Friday, after the country's first infections in the armed forces were confirmed.

Earlier in the day, a Navy sailor on the southern island of Jeju was confirmed to have contracted COVID-19 in the first such case among service personnel here.

Following the confirmation, the Navy has checked the temperature of all personnel at the base where the infected sailor served and quarantined all those who had contacts with the person, it said.

"We have carried out disinfection work at the base and are devoting all our efforts to preventing the spread of the new virus," the Navy said in a release.

An officer each from the Army and the Air Force were also confirmed to have the virus the same day.

The military is now working to identify personnel who have visited the southeastern city of Daegu and the surrounding North Gyeongsang Province since Feb. 10, as these areas have recently seen a surge in the number of infected people.

More than 5,000 service personnel are estimated to have visited the region during their vacation according to the military's preliminary investigation.

On Thursday night, the defense ministry said all personnel will be barred from vacationing, staying outside their bases and meeting visitors starting Saturday.

The decision was made at a meeting of top defense officials presided over by Defense Minister Jeong Kyeong-doo, during which he called for "extraordinary measures" to contain the spread of the virus.

Amid growing fears over the disease, the government called off a planned ceremony to mark the 60th anniversary of a pro-democracy movement in Daegu, which was designated a "special care zone" over the virus earlier in the day. 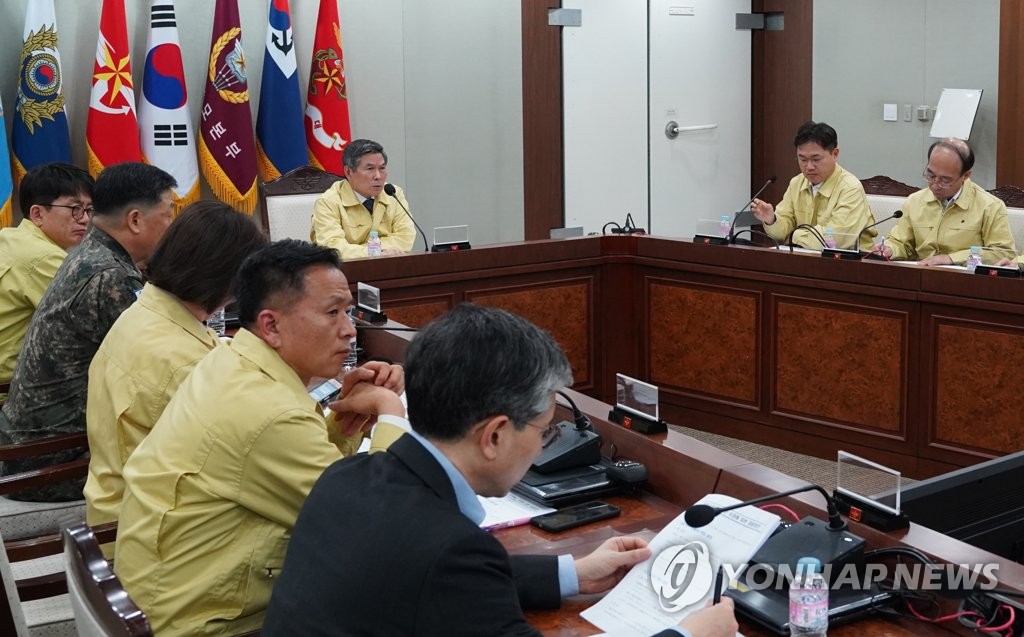