SEOUL, Feb. 21 (Yonhap) -- Overseas card spending by South Koreans fell for the first time in a decade in 2019 amid a slowdown in the number of outbound travelers and a weak local currency, central bank data showed Friday.

South Korean people spent US$18.9 billion using cards abroad last year, down 1.7 percent from a year earlier, according to the data by the Bank of Korea (BOK).

It was the first on-year decline since the amount tumbled 20.9 percent in 2009 shortly after the global financial crisis.

Last year's decline was attributed to only a slight gain in South Korean overseas tourists and the weakness of the local currency against the U.S. dollar.

"South Koreans seem to have cut back on their spending during overseas travel as the won remained weaker against the greenback," a BOK official said. 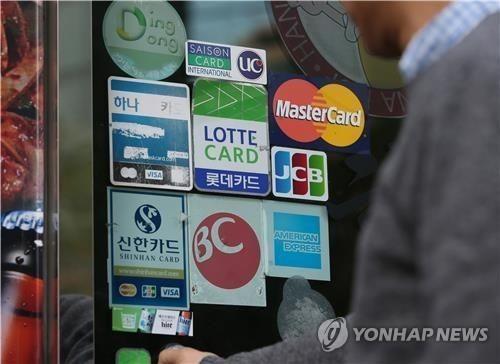