DAEGU/ANDONG, South Korea, Feb. 21 (Yonhap) -- South Korea's southeastern area was on full alert as the number of coronavirus patients continued to surge on Friday, with most cases assumed to be related to a church associated with a minor religious sect.

South Korea reported 52 new cases of the new coronavirus on Friday, bringing the total number of infections in the country to 156.

The number of COVID-19 infections here almost tripled in just three days, with most new infections traced to a branch of the Shincheonji church in Daegu, 300 kilometers southeast of Seoul.

Of the 52 new cases, 41 are in Daegu and neighboring North Gyeongsang Province, which together are home to a population of 5 million.

Among the regional cases, 35 are assumed to be linked to the Shincheonji church, with numbers feared to rise as 409 members of the congregation have reported having symptoms. Around 2,700 said they do not have symptoms, while 343 of them could not be reached. 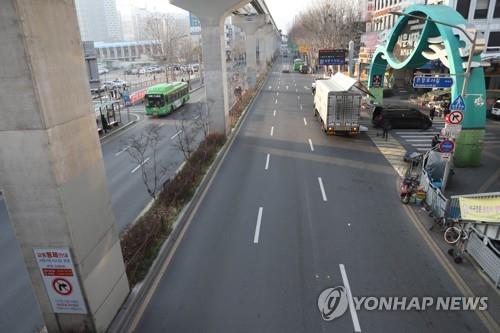 Daegu, the country's fourth-largest city, is grappling to prevent the contagious virus from further spreading.

It has urged residents to refrain from going outdoors and to wear masks.

The city has recommended more than 1,300 preschools close down, while 252 welfare facilities for the elderly will be closely monitored on concerns over their health.

Concerns over the city's public health capacity are rising as some emergency units have been closed and health personnel quarantined after people who were later confirmed as patients were found to have visited. 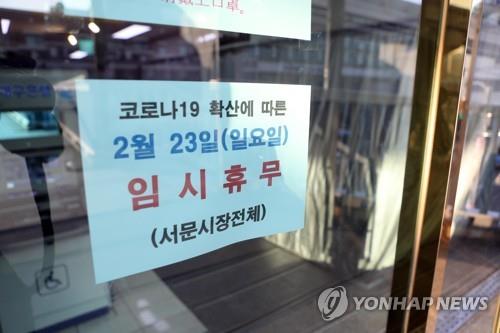