(ATTN: UPDATES with additional cases in paras 2-3 )
By Lee Chi-dong

He was receiving an emergency briefing from Prime Minister Chung Sye-kyun on the so-called super proliferation of the COVID-19 illness in local communities, especially in Daegu, a three-hour drive southeast from Seoul, and the nearby town of Cheongdo.

A hundred new patients were reported formally on Friday alone, mostly in the two regions that have emerged as an epicenter of the "super spread" of the virus. The total number of patients in South Korea is tallied at 204, and one of them died, with several others declared fully cured. 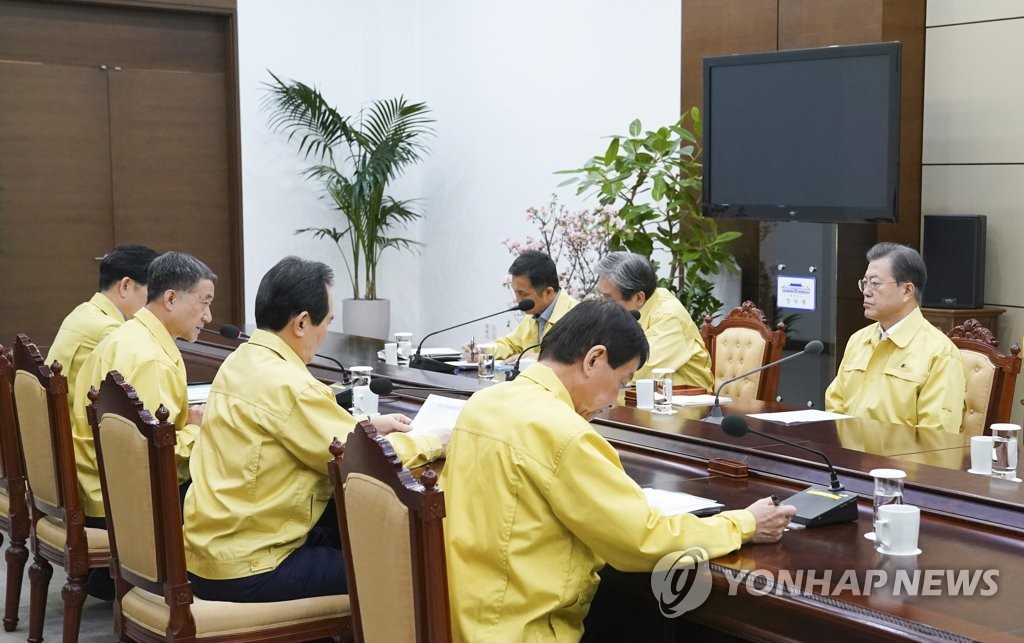 The government has hurriedly designated Daegu, a city with 2.4 million residents, and Cheongdo, with a population of 43,000, as special care zones.

"Now that the situation is severe in various aspects, I would like the government to take speedy and powerful support measures," Moon told Chung during the Cheong Wa Dae session, according to his spokesperson Kang Min-seok.

The president stressed the need for thorough efforts to trace the origin of new cases that are apparently connected to a minor Christian sect known as Sincheonji, which means "new world" in Korean.

Many of its members contracted the illness after attending recent services at their church in Daegu or a funeral for the older brother of church leader Lee Man-hee at a hospital in Cheongdo.

Moon said it is necessary to quickly secure relevant materials such as guest books.

Regarding the issue of whether to raise the state alert level on COVID-19 to "serious," the prime minister said the government is keeping it at "watch" but would take relevant quarantine steps on par with that the higher level.

Chung pointed out that nations like Japan and Singapore as well as Hong Kong are maintaining a "watch" level.

Later in the day, Moon met with a group of small business owners at a sales center for small and medium-sized firms' products in western Seoul.

"It's a very severe situation," he stated. "The government is significantly strengthening its infection response system in local communities." 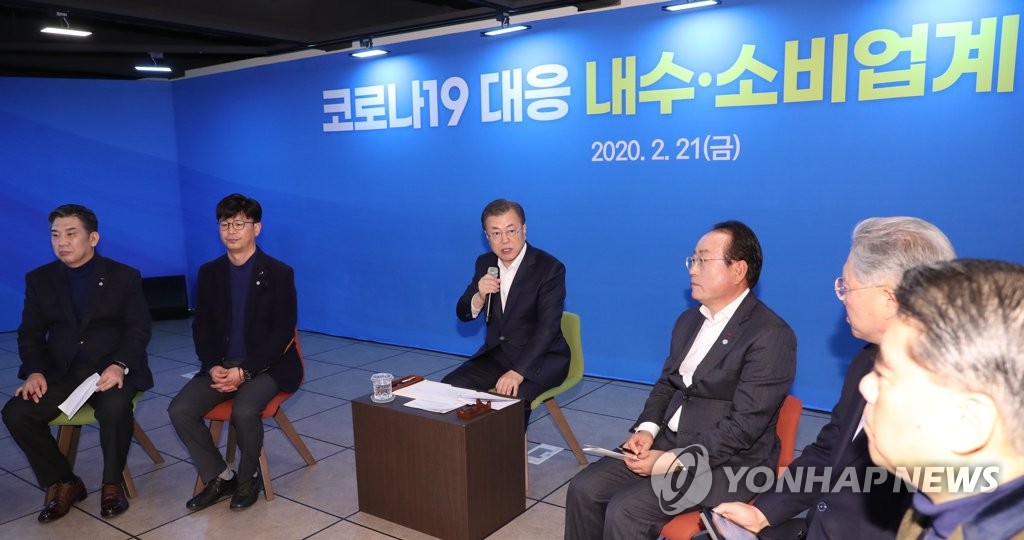 He asked people to cooperate in undergoing early medical tests and treatment if they have symptoms of the novel coronavirus.

Moon again emphasized that it's important to "overcome excessive anxiety" but toned down his call for the public to continue their routines and daily activities.

"Such things are easier said than done," Moon pointed out.

He reaffirmed the government's resolve, nonetheless, to catch the "two hares" of containing the virus and revitalizing the economy.

"We can't afford to lose either," he said. "The government will map out unprecedented special measures, mobilizing every available means." He noted that domestic consumption accounts for 60 percent of South Korea's economy.

The first package of measures, including financial, tax, budget and regulatory reform steps, will be announced before the end of February, Moon said.