SEOUL, Feb. 21 (Yonhap) -- Upcoming professional football matches in South Korea's southeastern region have been postponed due to the spread of the coronavirus.

The K League announced Friday that the Feb. 29 home opener for Daegu FC in Daegu, 300 kilometers southeast of Seoul, and the March 1 home match for Pohang Steelers in Pohang, about 80 kilometers east of Daegu, have been pushed back. They will be played either later in March or in June.

The decision was reached at a meeting of league executives and representatives from the 12 K League 1 club, in response to a recent surge in the number of COVID-19 infections in Daegu and its neighboring North Gyeongsang Province. 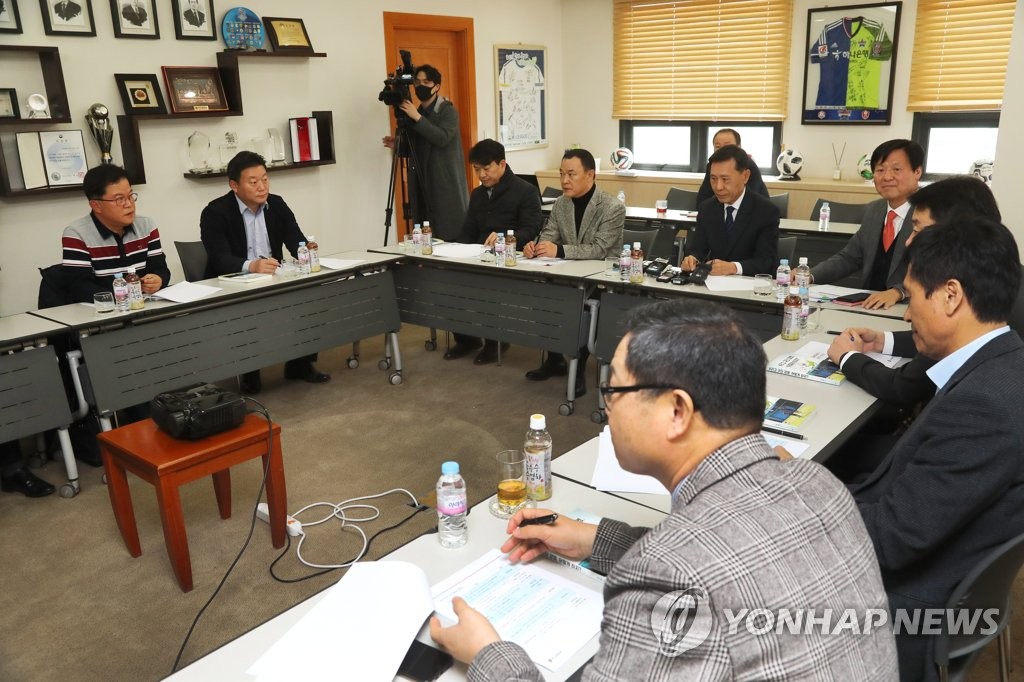 "We all recognize the gravity of the situation regarding COVID-19," said the K League's secretary general, Han Woong-soo. "Home openers for teams in Daegu and North Gyeongsang Province will be played at later dates."

The 2020 K League season will open with three matches on Feb. 29 and three more on March 1. The league office said matches outside Daegu and North Gyeongsang will go on as scheduled, though they may also be affected depending on the spread of COVID-19.

Pro football matches in southeastern region postponed due to coronavirus

Pro football matches in southeastern region postponed due to coronavirus