The lead track of BTS' previous album, "Map of the Soul: Persona" released in April last year, achieved the feat Friday morning, becoming the second BTS music video to garner more than 700 million views on YouTube, Big Hit Entertainment said. "DNA" was the first of the band's songs to hit the milestone.

"Boy With Luv" is a global mega-hit that ranked eighth on the Billboard Hot 100 chart. Its umbrella album, "Map of the Soul: Persona," topped the Billboard 200 album chart, winning the band a third No. 1 atop the album chart.

The "Boy With Luv" music video took only 38 hours to collect the first 100 million views on YouTube and was recognized by the video sharing platform as the most viewed YouTube video in a span of 24 hours.

The latest record came hours ahead of the band's release of a new album, "Map of the Soul: 7." 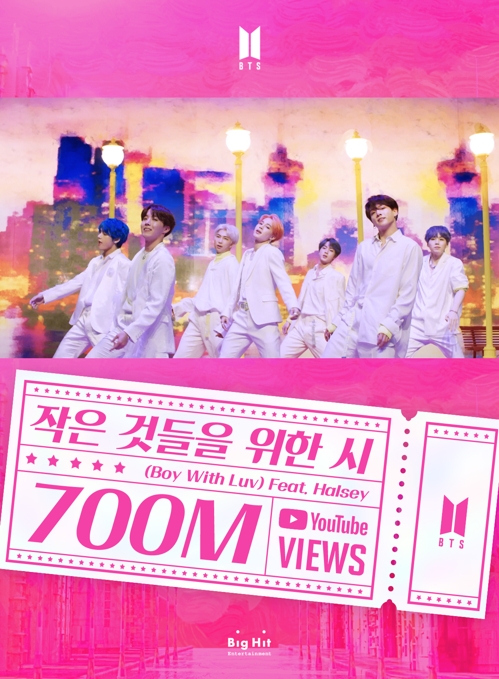