SEOUL, Feb. 21 (Yonhap) -- The new coronavirus likely was a factor in the death of a South Korean man who posthumously tested positive for COVID-19, the health authorities said Friday.

The 63-year-old man who died of pneumonia Wednesday at a hospital in the southeastern city of Cheongdo was confirmed to be infected Thursday, marking the country's first death of someone infected with the novel coronavirus.

The Korea Centers for Disease Control and Prevention (KCDC) said the patient's death is presumed to be related to the viral infection. But how big a part it played in his death is unclear as his condition might have worsened due to other factors. He had been suffering from a chronic respiratory condition.

The authorities have been testing all patients and medical staff at the hospital since Wednesday that includes five nurses.

As of Friday morning, the country had 156 people infected with COVID-19, with 14,816 people having been screened for the virus since Jan. 3, and 11,953 having tested negative.

Health authorities said that of the confirmed patients, six or seven are in "relatively serious" condition. It said six people are on respirators and one patient is being monitored carefully by doctors.

So far, 17 virus patients have been discharged from quarantine after making full recoveries. 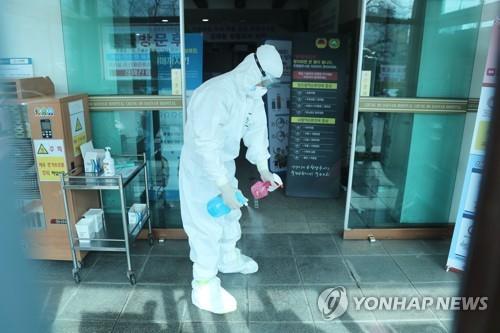