SEOUL, Feb. 22 (Yonhap) -- South Korean nationals with a record of domestic violence or sexual crimes will find it difficult to invite foreigners here for the purpose of marriage, due to the revision of a relevant law, the Ministry of Justice said Saturday.

The ministry said it proclaimed a revision of the Enforcement Regulations of the Immigration Act on Friday to restrict visa issuance for foreigners wanting to marry South Koreans with criminal records related to domestic violence, sex offenses and other violent crimes.

The revised law will take effect in six months, it added. 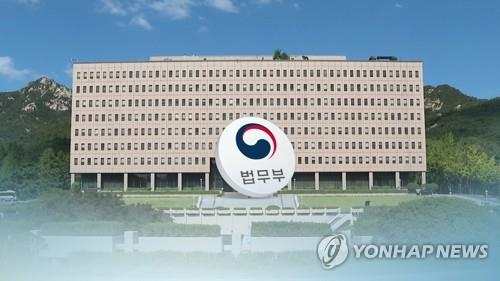 Under the new law, those who are sentenced to fines or heavier penalties for domestic violence or sexual offenses against children and youths, as well as those who receive punishment heavier than imprisonment without forced labor for sexual assaults or other specific violent crimes, are allowed to invite foreign spouses-to-be to South Korea only 10 years after their sentence ends.

The law will allow exceptions for humanitarian reasons, such as childbirth, however.

"The revised law is expected to help protect the human rights of marriage immigrants and promote a culture of sound international marriages by introducing preventive measures for domestic violence," a ministry official said.

The Seoul government began the procedures for legal revision last year following public outcry over the release of a video clip on social media in July that showed a Korean husband assaulting his Vietnamese wife in the presence of their child at their home in the southwestern county of Yeongam.