During a rally in Colorado on Thursday, Trump made the remarks about the Bong Joon-ho-directed film that won four Oscars -- best picture, best director, best original screenplay and best international feature film -- earlier this month.

"How bad were the Academy Awards this year, did you see? And the winner is ... a movie from South Korea," Trump said.

"What the hell was that all about? We've got enough problems with South Korea with trade, on top of it they give them the best movie of the year?" he asked. 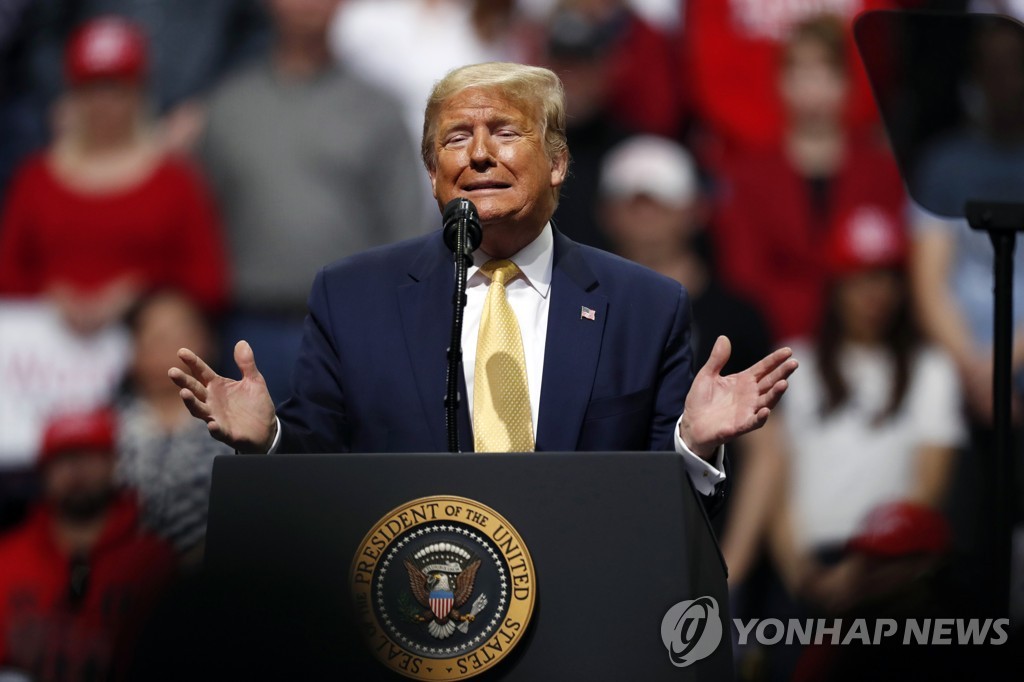 South Koreans have reveled in the fact that the Korean black comedy film depicting class disparity -- a theme that resonated with many in capitalist countries around the world -- became the first foreign language film to win the best picture Oscar.

But "Parasite" doesn't seem to have appealed to the U.S. president.

His display of discomfort over the Korean film's Oscar wins came amid tensions between Seoul and Washington over the sharing of the cost for the upkeep of 28,500 American troops in South Korea.

Since September last year, the two countries' negotiation teams have held six rounds of negotiations to reach a new cost-sharing deal. But they have failed to reconcile their differences with Washington calling for a hefty rise in Seoul's payments.