(ATTN: UPDATES with details in paras 2-4)

A woman in her mid-50s, who was confirmed earlier in the day to be infected with the virus, died at a hospital in the southeastern city of Busan at around 6 p.m., hospital officials said.

She had been bedridden with chronic pneumonia at Daenam Hospital in nearby Cheongdo County, where the nation's first COVID-19 fatality was reported Thursday.

She was one of two patients who were transferred from Daenam Hospital to Busan National University Hospital on Friday afternoon after they tested positive for the virus. The other patient is in stable condition, the Busan hospital said.

On Thursday, the Korea Centers for Disease Control and Prevention (KCDC) said a 63-year-old man, who died of pneumonia on Wednesday at Daenam Hospital, posthumously tested positive for COVID-19.

The authorities said Friday his death is presumed to be related to the viral infection.

But how big a part it played in his death is unclear as his condition might have worsened due to other factors. He had been suffering from a chronic respiratory condition.

A total of 17 people have tested positive for the virus out of 600 patients and medical staff at the hospital, the health authorities said. 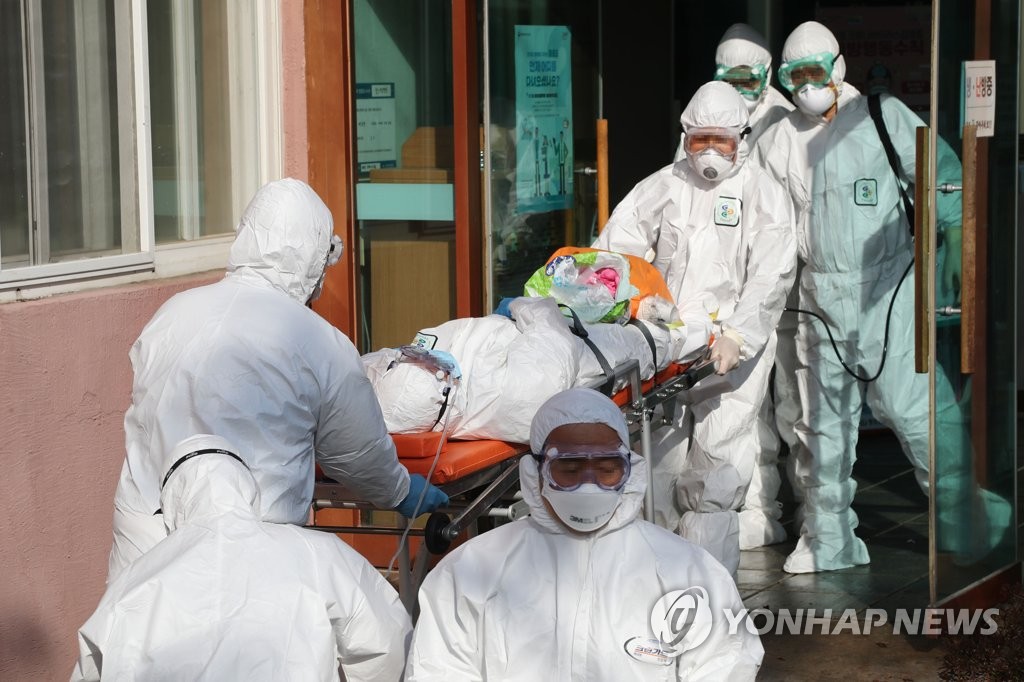