SEOUL, Feb. 22 (Yonhap) -- South Korea's confirmed cases of the new coronavirus more than doubled in a day to 433 on Saturday, led by two clusters of infections at a religious organization in Daegu and a neighboring hospital.

Prime Minister Chung Sye-kyun, in a rare public message on Saturday night, reassured people that the virus, which emerged in China, can be contained if the public cooperates with the government's instructions.

Chung apologized for recent spikes in infections and urged people to refrain from attending mass gatherings, including religious services, to prevent the virus from more widely spreading. 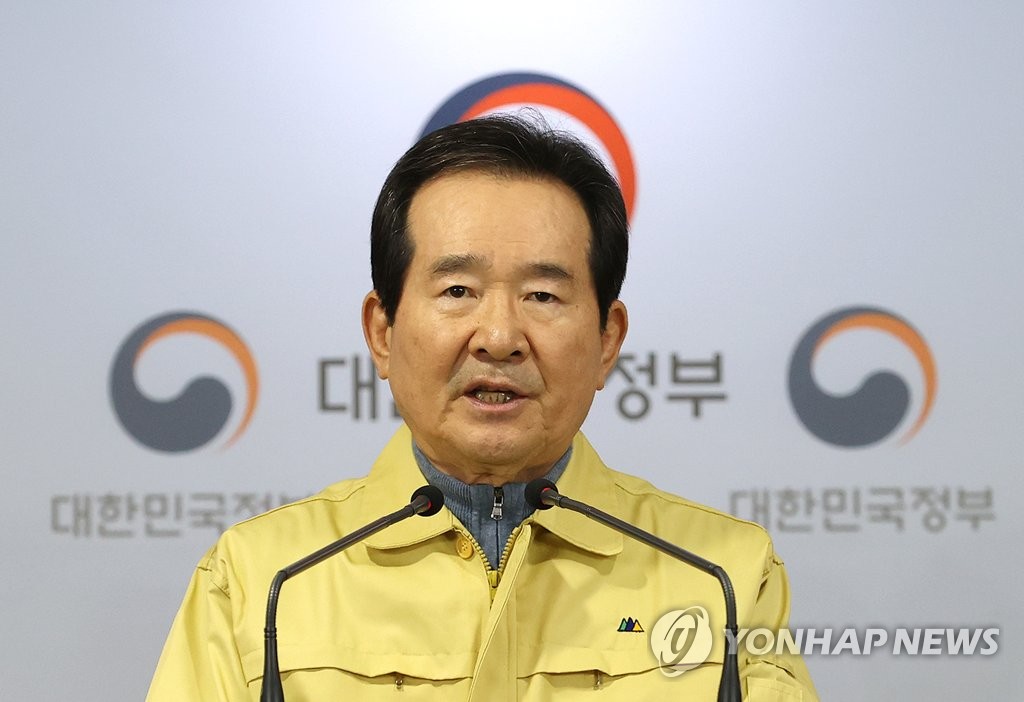 Of the 229 new cases, 95 are related to Daenam Hospital in Cheongdo, where South Korea's first coronavirus fatality occurred, the Korea Centers for Disease Control and Prevention (KCDC) said. 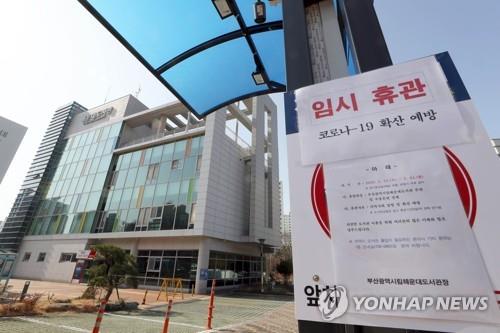 The public health agency said 62 new cases are tied to the minor Christian sect known as Shincheonji in Daegu, about 300 kilometers southeast of Seoul, and neighboring North Gyeongsang Province and other areas.

So far, a total of 114 virus cases -- nine hospital staff and 102 patients -- have been reported from Daenam Hospital, and so-called cohort isolation, the shutdown of an entire medical institution to prevent the spread of an infectious disease, was in place for the hospital, according to the health authorities.

The health authorities said 231 virus patients have been traced to the Shincheonji church's services in Daegu, according to the KCDC.

The KCDC said it has placed a total of 9,336 Shincheonji members in self-quarantine. Among them, 544 people suspected of having contracted the virus are being tested for the virus. 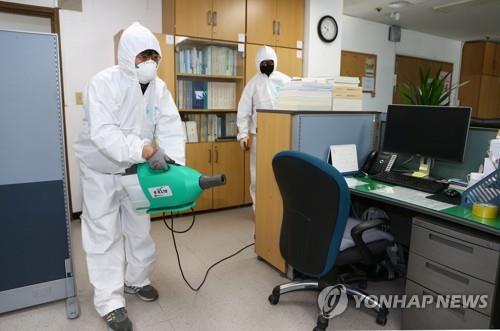 Four virus cases were reported in Busan, South Korea's second-largest city with a population of 3.4 million, the first cases in the city since the country reported the first case of COVID-19 on Jan. 20.

The number of people being checked for the virus and under quarantine came to 6,037 up from 5,481 on Saturday morning, KCDC said. The country has tested a total of 21,153 suspected cases, with 15,116 testing negative. 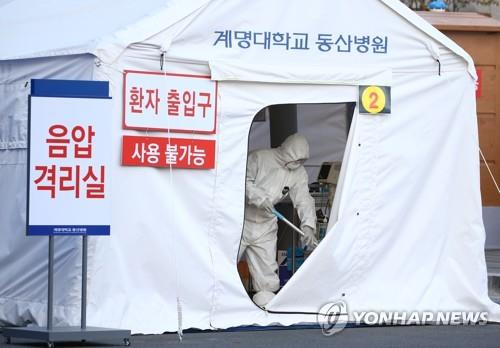