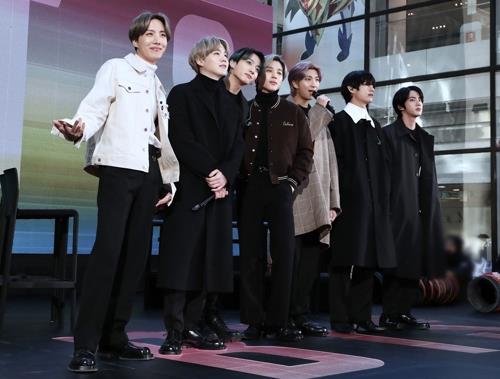 As of Saturday morning (Korean time), "Map of the Soul: 7" landed atop the iTunes "top album" charts in 91 countries and regions, including the United States, Canada, Britain, France, Italy, Russia, India, Japan and Saudi Arabia, according to Big Hit Entertainment.

The album's lead track, "ON," also topped iTunes "top song" charts in 83 countries and regions including the U.S., Canada, Italy, Japan and Egypt, adding to the band's iTunes chart victories.

About five more tracks from the new album, including "Filter," also made the top 10 of the iTunes top song charts in the U.S. and Britain.

The septet dropped the 20-track album a day earlier, kicking off another round of its globally-acclaimed musical journey.

The lead song, "ON," was an immediate hit in the group's home country, topping the real-time single charts by all the five major music streaming services, including Melon and Genie Music. One day after the release, "ON" was still atop the charts.

The new album also made album sales history in South Korea, selling more than 2.65 million copies on the first day of its release on Friday. That was the biggest volume of first-day album sales for any BTS album and exceeded the sales of 2.13 million copies recorded in the first week by the previous BTS album, "Map of the Soul: Persona."

It took only two hours this time for "7" to surpass the previous first-week sales of 2.13 million copies, Big Hit said.

About one day after the release of the music video of "ON," it collected nearly 44 million views on YouTube. 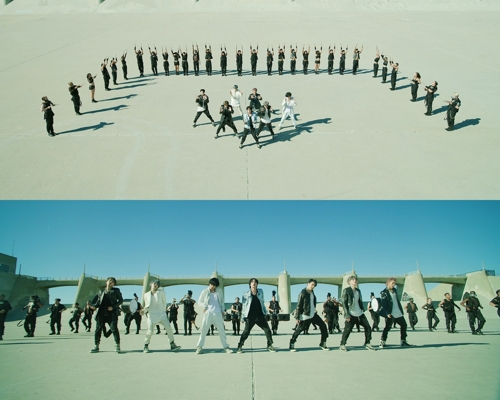