JUPITER, United States, Feb. 22 (Yonhap) -- The St. Louis Cardinals' new South Korean pitcher Kim Kwang-hyun threw a scoreless inning in his spring training debut on Saturday, giving himself a solid start in the competition for a place in the rotation.

The left-hander struck out two and walked one in a hitless frame in relief against the New York Mets at Roger Dean Chevrolet Stadium in Jupiter, Florida.

With the Cardinals ahead 1-0, Kim pitched the top of the fifth inning as the Cardinals' third pitcher of the game, following Jack Flaherty and Daktoa Hudson, the two starters who each worked two innings. 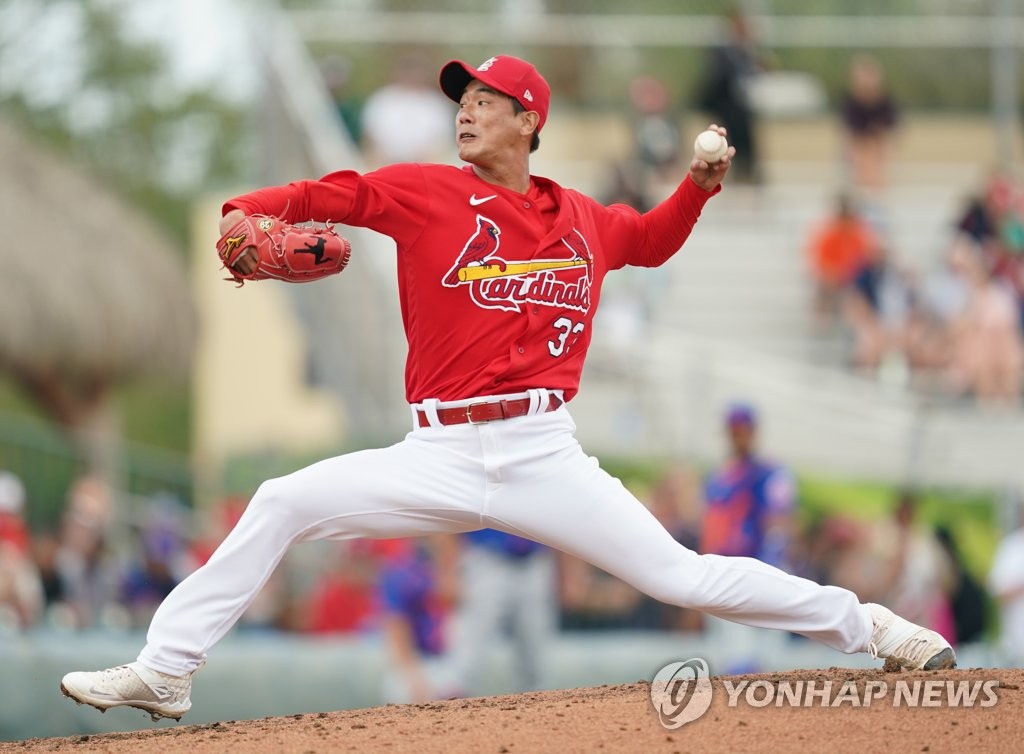 Kim struck out the first batter he faced, Ryan Cordell, swinging on a 1-2 slider. He then walked Rene Rivera after a nine-pitch battle, during which he offered a curveball at 69 miles per hour (mph) and a four-seam fastball at 92 mph.

Kim regrouped and struck out the next batter, Jake Hager, who swung and missed on an 0-2 slider.

Amed Rosario then hit a grounder to third baseman Nolan Gorman, who threw to second to get the lead runner out to close out the inning.

Kim signed a two-year deal worth US$8 million in December, after pitching mostly as a starter for the South Korean club SK Wyverns for a dozen seasons.

Kim is expected to battle for a spot in the Cardinals' starting rotation. The door might have opened a bit at the start of camp, when one starter from a season ago, Miles Mikolas, was sidelined with an elbow injury. Mikolas is expected to miss the start of the regular season.

Veteran right-hander Carlos Martinez, a former staff ace who served as the closer last season, is eyeing a return to the rotation in 2020.

The Cardinals haven't had a full-time left-handed starter since Jaime Garcia in 2016. In three seasons since then, they've received just 14 starts from a left-handed pitcher. 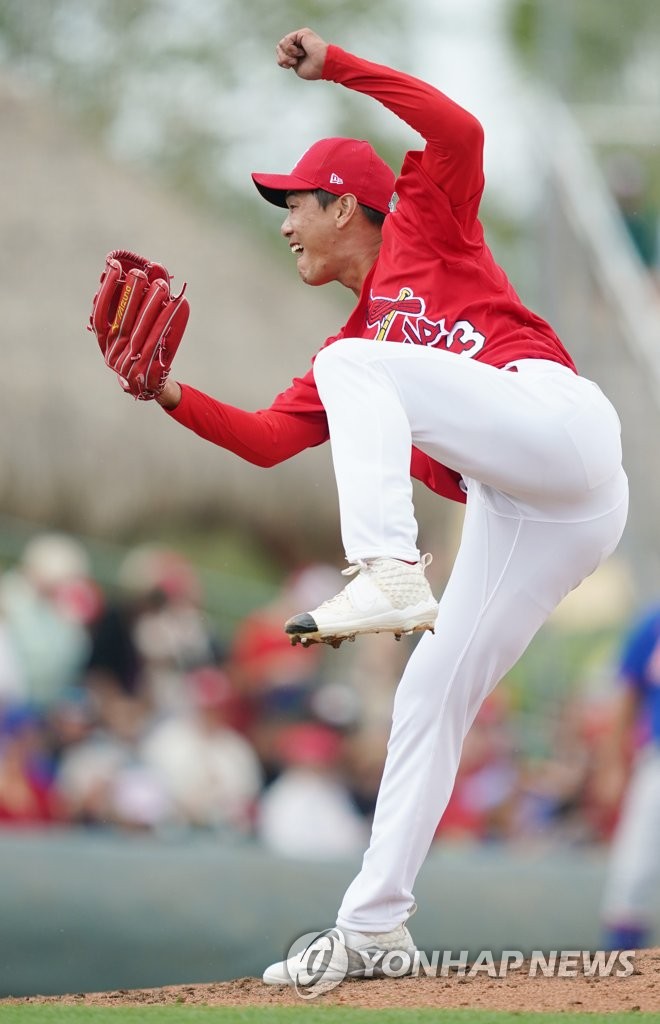