JUPITER, United States, Feb. 22 (Yonhap) -- It was a dream-come-true moment for Kim Kwang-hyun, the South Korean left-hander who made his debut with the St. Louis Cardinals on Saturday.

Though it came in a largely meaningless spring training game, Kim made a strong first impression by tossing one shutout inning in relief against the New York Mets. The former ace for the SK Wyverns in the Korea Baseball Organization (KBO) struck out two and walked one, as the Cardinals won the game 2-0 at Roger Dean Chevrolet Stadium in Jupiter, Florida. 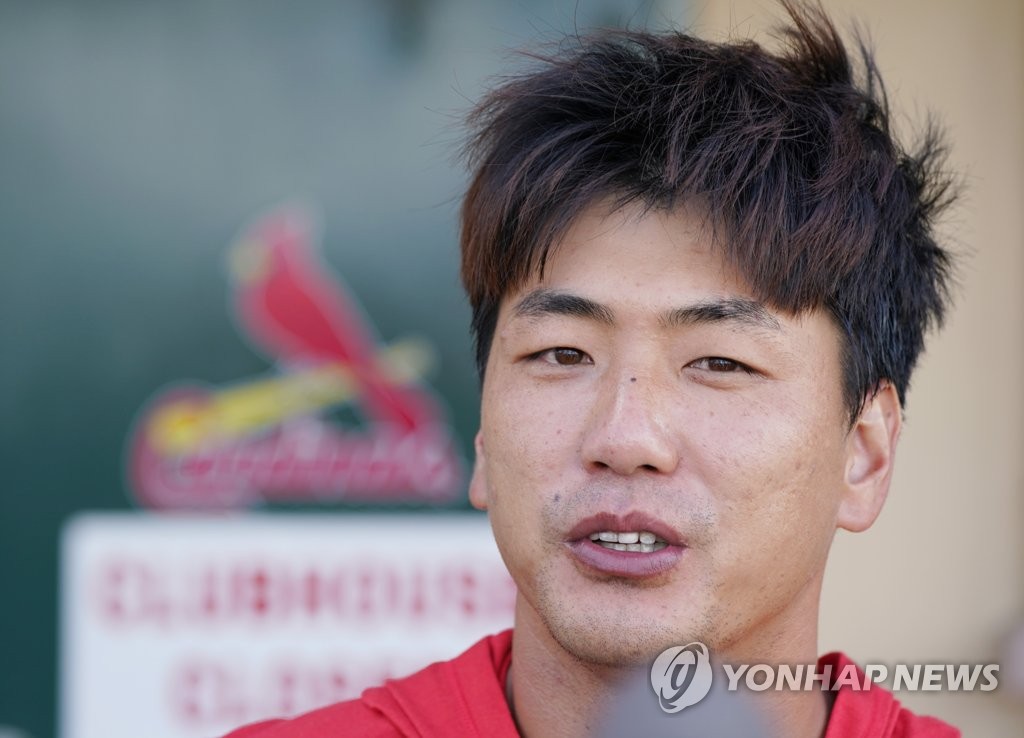 Kim acknowledged the importance of the first game, saying he wanted to use all of his pitches and pick up whatever lessons he had to learn. But Kim also said he wasn't going to get carried away by this one outing.

"I've only pitched in this one exhibition game, and I don't want to get too excited," Kim said, after throwing 19 pitches against four Mets hitters, 14 of them for strikes.

Asked how he would rate his own performance, Kim responded, "I'll start doing that once the regular season begins."

Kim spent most of his dozen KBO seasons as a top-notch starter but finds himself in a battle for a spot in the rotation with the Cardinals. Manager Mike Shildt said Kim is certainly off to a good start in that competition, which also involves two-time All-Star Carlos Martinez, and said Kim's next appearance will be a start in about four days.

Kim said he wasn't as nervous coming out of the bullpen on Saturday as he would have been if he'd started the game.

"I usually have trouble eating the day before a start (because of nerves) but today, I even ate lunch before the game," Kim said. "It's probably because I was well prepared for this moment." 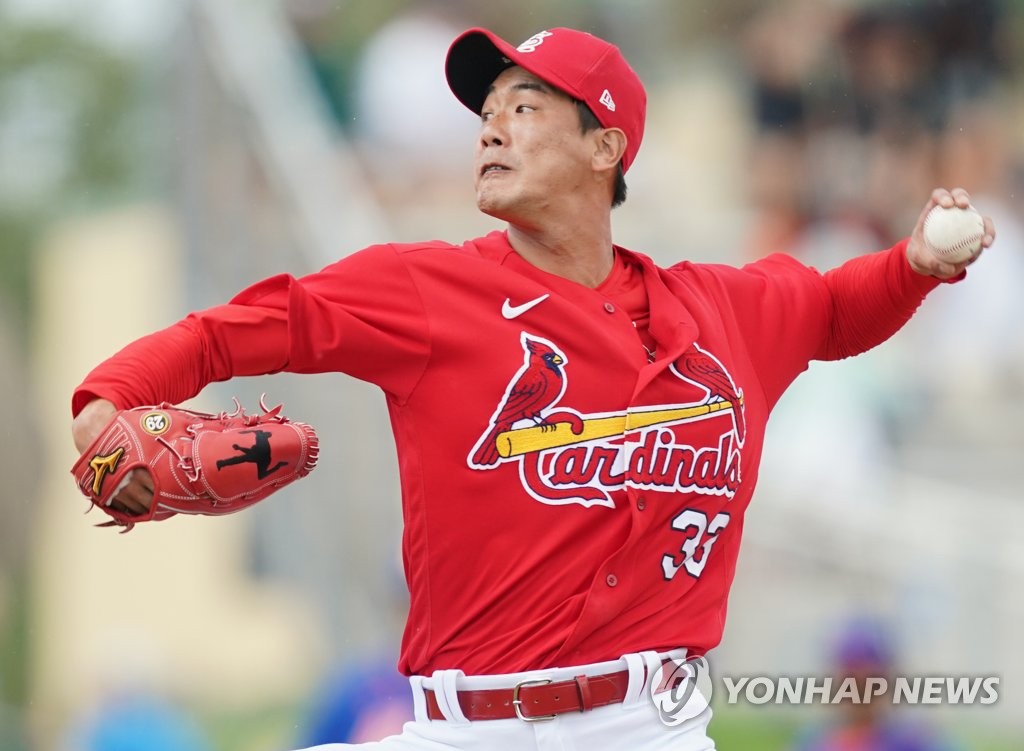 Kim said he wants to get higher spin rates with his pitches as he's still getting accustomed to the new ball. He also beat himself up for not being able to throw strikes on the first pitch against the first two batters he faced.

"The pitching coach (Mike Maddux) stressed on the importance of getting the first-pitch strike," Kim said. "I was disappointed with myself that I couldn't do it early. I kept trying to throw strikes after that."

Kim said he could get strikes in multiple ways in the KBO, but it'll be a different story in the majors, where Kim said he expects to face "more powerful and aggressive hitters."

Some Korean fans attended the game, with one fan seated behind the plate holding up Kim's old Wyverns uniform in support. But the pitcher said he was only focused on the game.

"I didn't see any fans. When I am in a zone, I can only see the catcher's mitt," Kim said. "The only sound I could hear was me talking to myself." 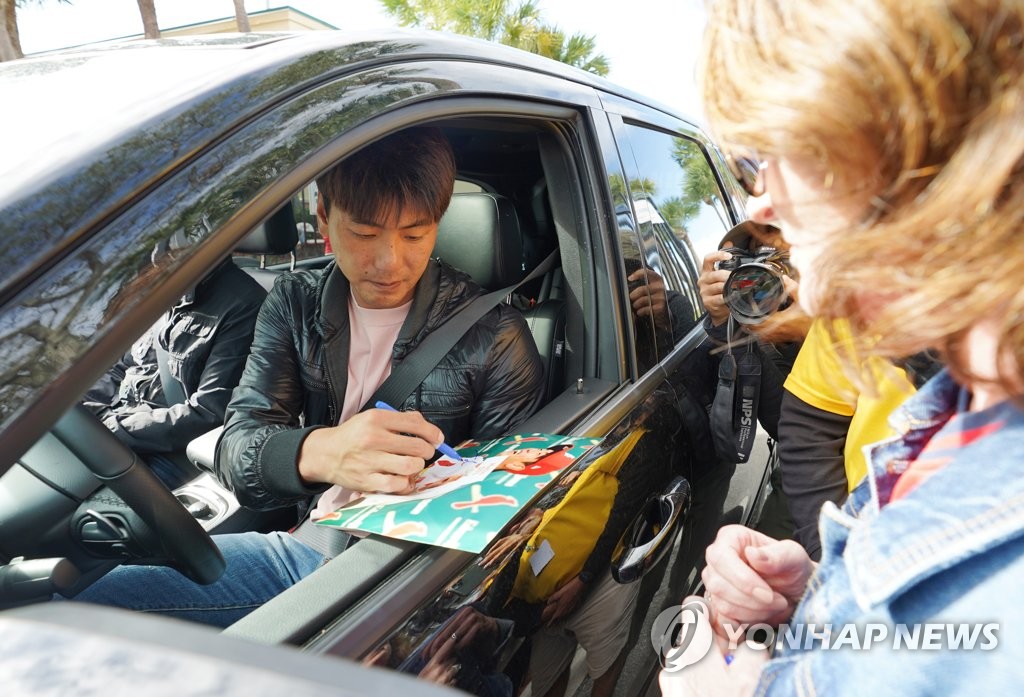