The sixth victim of the novel virus was a patient at Daenam Hospital in the southeastern city of Cheongdo, where the country's first COVID-19 fatality took place and more than 110 people were found to be infected.

The 59-year-old man was confirmed to be infected on Wednesday and died at Dongguk University in Gyeongju, North Gyeongsang Province, while being treated for the disease.

The fifth death was from the southeastern city of Daegu where some 400 people traced to church services are confirmed to have contracted the potentially deadly virus.

The 56-year-old woman died at Kyungpook National University Hospital while being treated for the novel coronavirus.

The fourth victim of the novel virus was confirmed to be infected on Wednesday. The patient in his late 50s suffered from serious pneumonia before being infected with the novel coronavirus.

Four of the coronavirus deaths were from Daenam Hospital in Cheongdo.

The country has reported a total of 602 virus cases with 169 new cases added on Sunday. 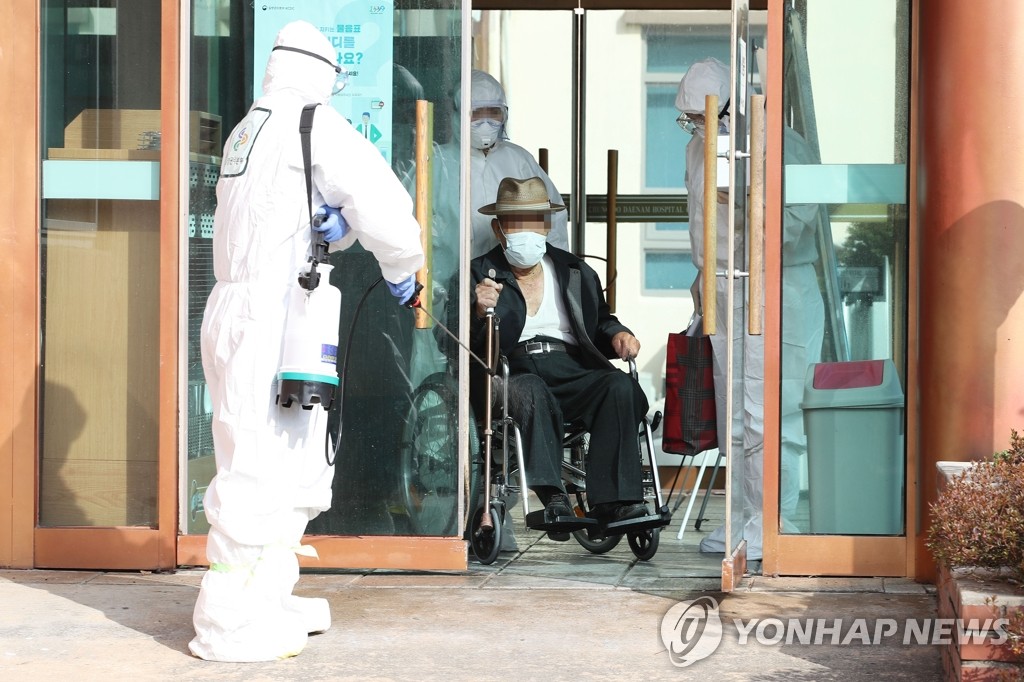 South Korea reported its first death on Feb. 19, when a 63-year-old man died of pneumonia at the same hospital. He tested positive for COVID-19 after his death. On Friday, another virus patient in her mid-50s died at Daenam Hospital.

So far, 111 people, including nine medical staff, have been confirmed to be infected with COVID-19 at the hospital.

The hospital emerged as another epicenter of the spread of the virus in South Korea, along with a minor religious organization in Daegu, some 300 kilometers southeast of Seoul.