SEOUL, Feb. 23 (Yonhap) -- The head of South Korea's main opposition party called on the government Sunday to raise the country's COVID-19 alert level to "serious" and designate Daegu, a city with many confirmed cases, a "special disaster zone."

The call by Hwang Kyo-ahn, leader of the conservative United Front Party, came as the country reported 123 additional cases and the fourth death from the illness.

The total number of people infected with the virus was tallied at 556 as of Sunday morning.

Most of the new patients were in Daegu, 300 kilometers southeast of Seoul, and the nearby county of Cheongdo.

Last Friday, the government listed the regions as "special care zones" over the infectious disease.

Hwang, however, said the measure is not enough.

"(The government) should actively consider declaring Daegu and North Gyeongsang Province as special disaster zones," Hwang said in a statement. 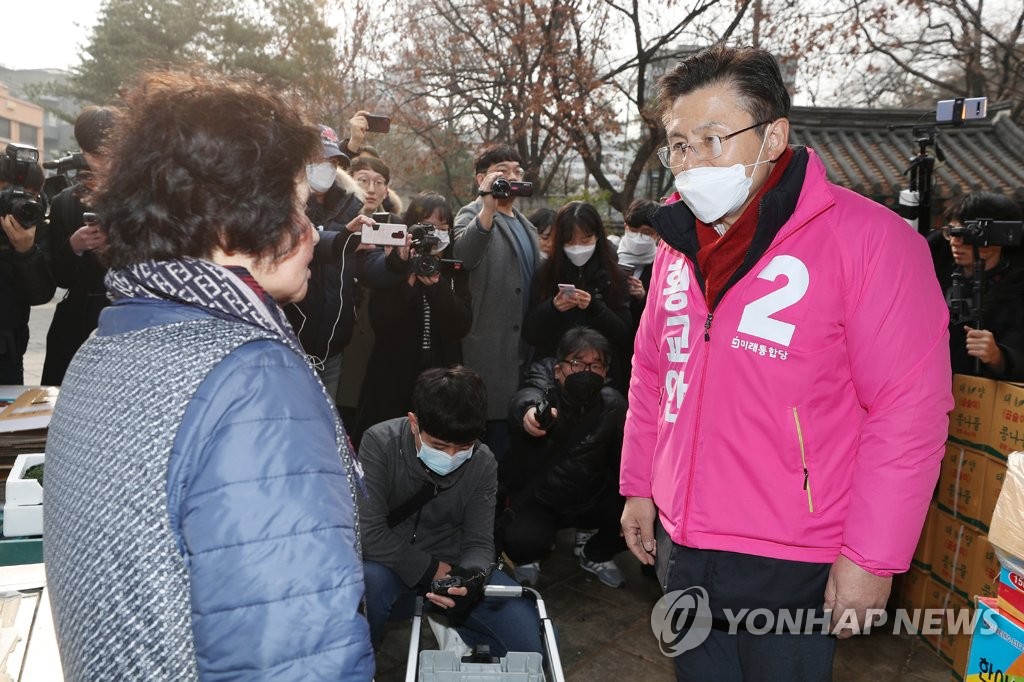 It should also immediately raise the state alert level against COVID-19 to "serious" from the current "watch" and ease the criteria for free-of-charge medical tests for the virus, he added.

President Moon Jae-in earlier said his administration has decided to keep the level at "watch" but is taking relevant measures on par with those taken at the "serious" level.