Under the measure, the new school year at all kindergartens, elementary, middle and high schools across the country will begin on March 9, a week later than initially planned, government officials said in a press briefing. 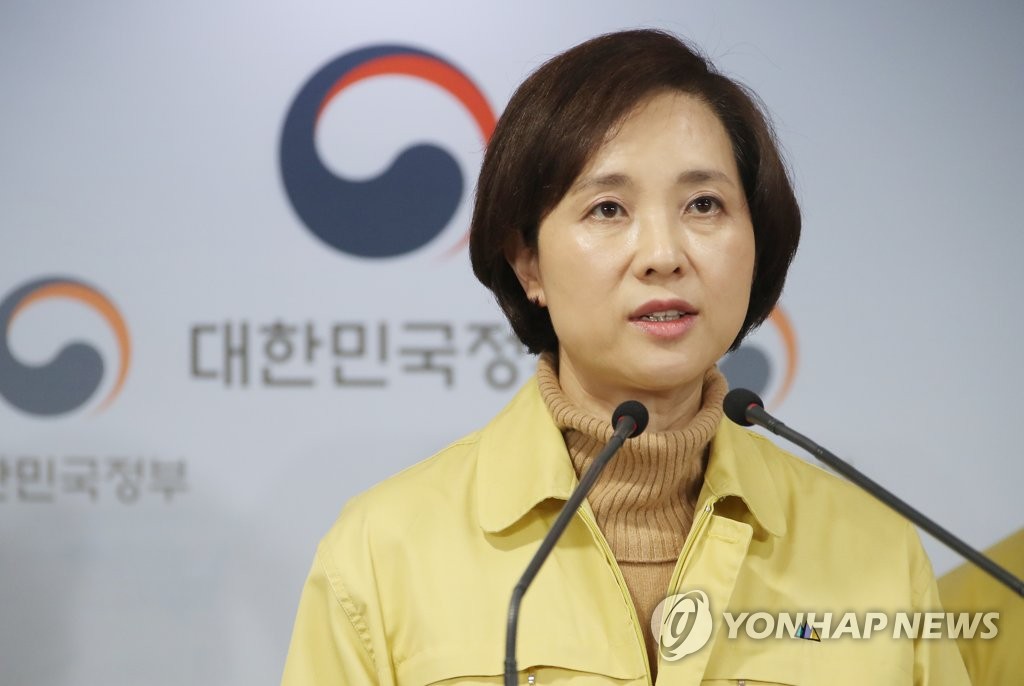 The government said it plans to provide childcare programs at kindergartens and elementary schools for children whose parents cannot look after them and encourage companies to give childcare holidays to parents.

As part of the measures, the government said it will advise private institutes to also take part in the pan-government measure to fight the contagious disease.

On Sunday, South Korea raised its disease alert by one notch to the highest level in its latest heightened response to the confirmation of hundreds of additional COVID-19 cases over the weekend.