SEOUL, Feb. 24 (Yonhap) -- "All About Luv," the first full-length American album by K-pop boy band Monsta X, landed at fifth on the Billboard 200 chart for this week, the music magazine has said.

"The set, which is the act's first all-English language album, launches with 52,000 equivalent album units earned in the U.S. in the week ending Feb. 20," Billboard said on its website Sunday (U.S. time), citing Nielsen Music/MRC data.

Released Feb. 14, the album's latest feat made Monsta X the third K-pop act to make the top five of the Billboard 200 album following BTS and SuperM.

The result will be reflected on the chart dated Feb. 29, which will be fully posted on the Billboard website Tuesday (U.S. time).

"While 'All About Luv' is Monsta X's first Billboard 200 entry, the act charted on other Billboard tallies since 2015 after it formed on a TV competition show in their home country that same year," Billboard said.

The new album's 11 tracks were recorded in English and released under American record label, Epic Records. 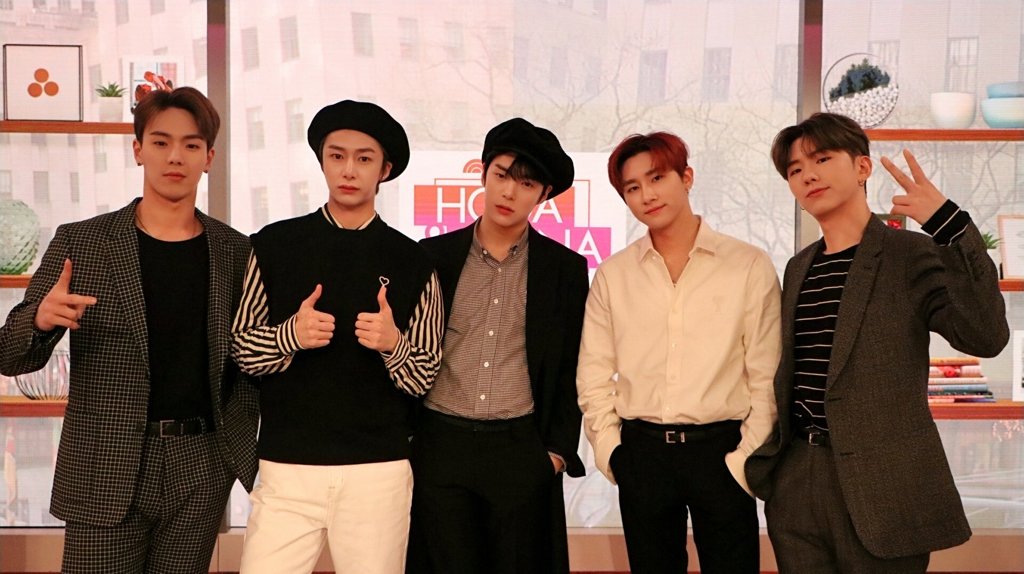